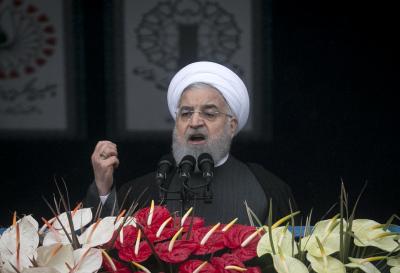 Tehran, Sep 16 (IANS) Iran’s President Hassan Rouhani said that the US policies are the root cause of problems in the Middle East region.

“What is taking place in this region … is the result of erroneous plans and conspiracies of the United States,” Rouhani said on Sunday before leaving Tehran for Ankara of Turkey, Xinhua news agency reported.

“We have declared time and again that regional issues must be resolved by regional countries through dialogue,” he was quoted as saying by the state TV.

For the establishment of real security in this region, the United States and Israel must end their “provocative interventions,” he said, adding that otherwise, “we will witness the continuation of insecurity.”

In his visit to Turkey, Rouhani will attend a trilateral meeting on Syria with his Russian and Turkish counterparts to discuss the current situation of Syria as well as the prospect of their cooperation on international issues.