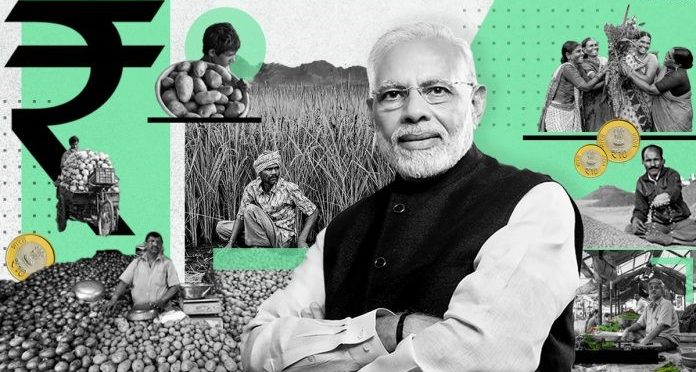 A month ago, the Lok Sabha passed two farm related bills- Farmers’ Produce Trade and Commerce Bill, 2020 and The Farmers Agreement of Price Assurance and Farm Services Bill, 2020, that would allow farmers to sell their produce anywhere and they will get a good price for their products. The government is confident that these new laws will help in boosting income of farmers and will make farm sales liberalized.

In order to clarify a little bit more about these farm related bills, Agriculture Minister Narendra Singh Tomar said that farmers will now get the freedom from the restrictions of selling their products at designated places only. He also added that Minimum Support Price (MSP) would continue further and mandis established under state laws is also going to exist. He also said that these rules will bring about revolutionary transformation and transparency in the agriculture sector, they will accelerate agricultural growth, they will provide new employment opportunities and will also increase electronic trading, which will strengthen Indian Economy.

Some are carrying a view point that these laws will allow India to make a turn in global food trade, unify the national agricultural market and help farmers reap better crops. While others have fear that it will wreck the livelihood of a lot of farmers and due to this fear, rural groups and opposition leaders launched public protest just within a few days. The farmer groups and political parties also organized demonstrations by starting rallies in grain producing states such as Punjab, Haryana and Madhya Pradesh.

In Punjab, the long-term supporter of Bhartiya Janta Party was Shiromani Akali Dal, which also quit the government due to implementation of these farm related bills. And, the farmers are also having a fear that these laws will render them at the mercy of big corporations who will control the whole market process.

PM Modi and his ministers assured that the price guarantee program will continue further also. And, they will even raise some minimum prices for winter crops. In September, the food inflation accelerated 9.7% due to fragile supply chain.

Before the new amendments, in many states, farmers were restricted from selling their crops independently outside wholesale markets and they used to face hurdles in transportation of harvest. And, all these problems can be solved through new farm reforms.

The industry experts say that these new policies will change the current situation of agriculture in India which in present is badly affected by insufficient small holdings. The new rules would also make the process of selling crops in other states or abroad easier. This will increase production, income of farmers and will boost exports and revenue.

If these laws are implemented in India, then they will transfer the risk of market from farmers to the sponsor, will enable farmers to access modern technology, will reduce cost of marketing and the income of farmers will increase. And, this will lead India to become major food exporter.

Amitabh Kant, the chief executive officer at NITI Aayog said that in one year, India processes less than 10% of its food production and loses about 900 billion rupees due to wastage from inadequate cold stores. But if India can raise productivity to global norms by implementing new farm related policies, then India will surely become “an important link in global food supply chains.”