New Delhi: On the occasion of the birth anniversary of late Atal Bihari Vajpayee, Prime Minister Narendra Modi on Friday released the next installment of PM-Kisan, the direct cash-transfer scheme for farmers, worth Rs18,000 crore into bank accounts of 9 crore farmers.

The step comes in the times of ongoing farmers’ protests against the three controversial farm laws passed in September.

PM Narendra Modi while interacting with a beneficiary from Odisha said, “It was the initiative of Atal Bihari Vajpayee’s government to ensure farmers get loans on low-interest rates. Today is his birthday and we have marked the day by releasing an installment of the PM-KISAN scheme. These initiatives of the government should help farmers in undertaking crop diversification.”

Earlier, Modi took to Twitter and wrote, “Tomorrow’s day (Friday) is very important for the country’s Annadatas. Will get the opportunity to release the next installment of PM-Kisan for more than 9 crores farmer families through video conferencing at noon. Will also interact with farmers of many states on this occasion.”

Arun Singh, General Secretary, Bharatiya Janata Party (BJP) composed a letter to party functionaries and recorded a progression of steps to guarantee that the prime minister’s speech gets a wide viewership. The party made plans for farmers’ cooperation over 19,000 venues in the entire nation.

The first installment of the PM-Kisan scheme was released by the PM in 2019. 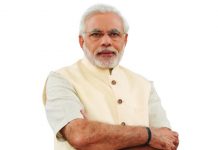