OxygenOS Open Beta for One Plus 6/6T gets new updates 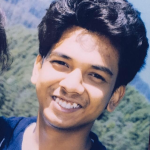 Chinese smartphone company OnePlus comes up with new update for OxygenOS Open Beta this month. The company has included many new features to improvise its smartphone UI for its end-users. The smartphone OnePlus 6 runs on OxygeOS version 9.0.15 &  OnePlus 6T runs on 9.0.7 OTA.

The new update provide an optional feature to include DC Dimming into the system to avoid flickering at low-brightness. Although easily avoidable, but it’s a major troublemaker for a part of society who suffer from eye strain, headache or migraine. Like OnePlus, other Chinese counterparts are also opting for this feature. Again from the OnePlus Laboratory, a brand New UI design has been added as an update. Other major update includes frequently-requested feature Screen recorder with improved fps. They have enabled the option to set frame rates at 15, 24, 30, 60 fps. There is now an option to hide floating widget that appears automatically while recording. This feature will be accessible through settings under small cog icon in Screen recorder overlay. To stop recording, users need to swipe down the notification shade and pause or stop recording.

Other updates include July 2019 security patch fixing general bugs and stability improvement for making the interface more smoother. More popular cities has also been added in keyword suggestion for the weather app.