Qualcomm has dominated the mid-range segment in recent years. Now, Qualcomm is upgrading its mid-range smartphone chip family with three new processors. The three new members of the Snapdragon family are part of the 6 and 7 series of chipsets. Snapdragon 730, a new system-on-chip that will likely power mid-to-high-end phones later this year. The 8-core Snapdragon 730 uses Kryo 470 cores at up to 2.2GHz and is built on an 8nm process. It has an Adreno 618 GPU, a Hexagon 688 processor with a tensor accelerator, a Spectra 350 “computer vision” image signal processor, an X15 LTE modem, and support for Wi-Fi 6. Many of these elements should help bring AI-powered processing and imagery to not-quite-flagship devices. 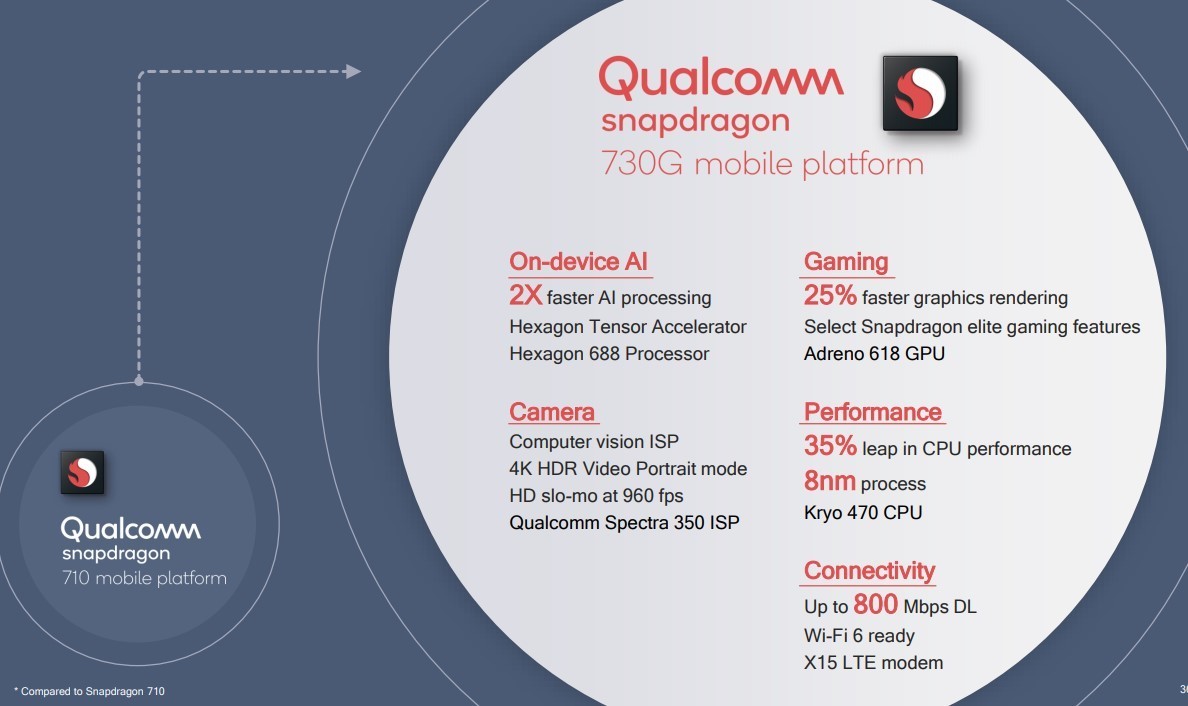