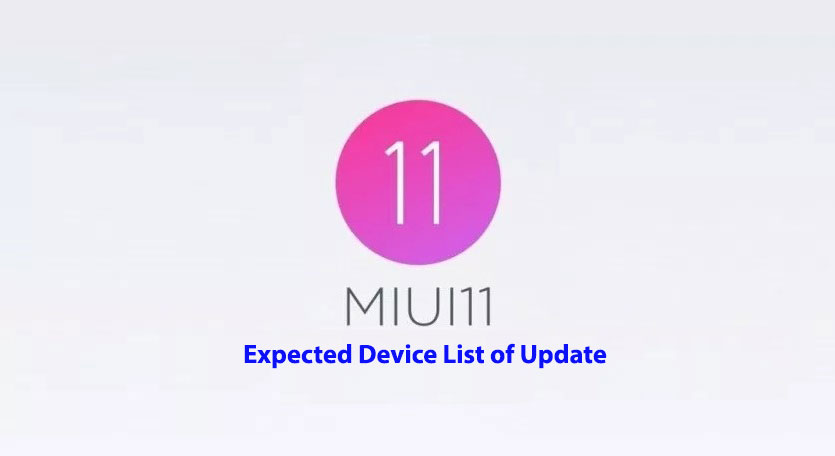 Xiaomi is expected to release its next version of the MIUI OS later this year and a list of eligible devices, which are likely to get this update, have been leaked online. The MIUI 11 has not been officially announced, nevertheless, the company has been reported to be have started working on its next OS already. The report of the eligible devices comes when Xiaomi is getting ready to launch the Mi 9 on February 20.

The list does not mention devices like Redmi Note 6 Pro, nevertheless, it is likely to get the MIUI 11 update as well. Notably, some of the devices mentioned on the list are launched in China and in the Indian market.

The company was reported back in January 2019 to have started working on the next MIUI OS. Some PowerPoint slides of the possible features of the MIUI 11 discussed by the company officials were also shared online. It was reported that the new MIUI 11 was referred to as “new and unique” by the company. Notably, with MIUI 10, Xioami focused on delivering an OS for full-screen devices along with some AI features.

Last year, Xiaomi showcased MIUI 10 with the launch of the Mi 8 in China. Xiaomi is still rolling out MIUI 10 for some of its phones in India. However, if one goes by the leaked list, older phones like Mi 4, etc will no longer be supported by Xiaomi’s new operating system.