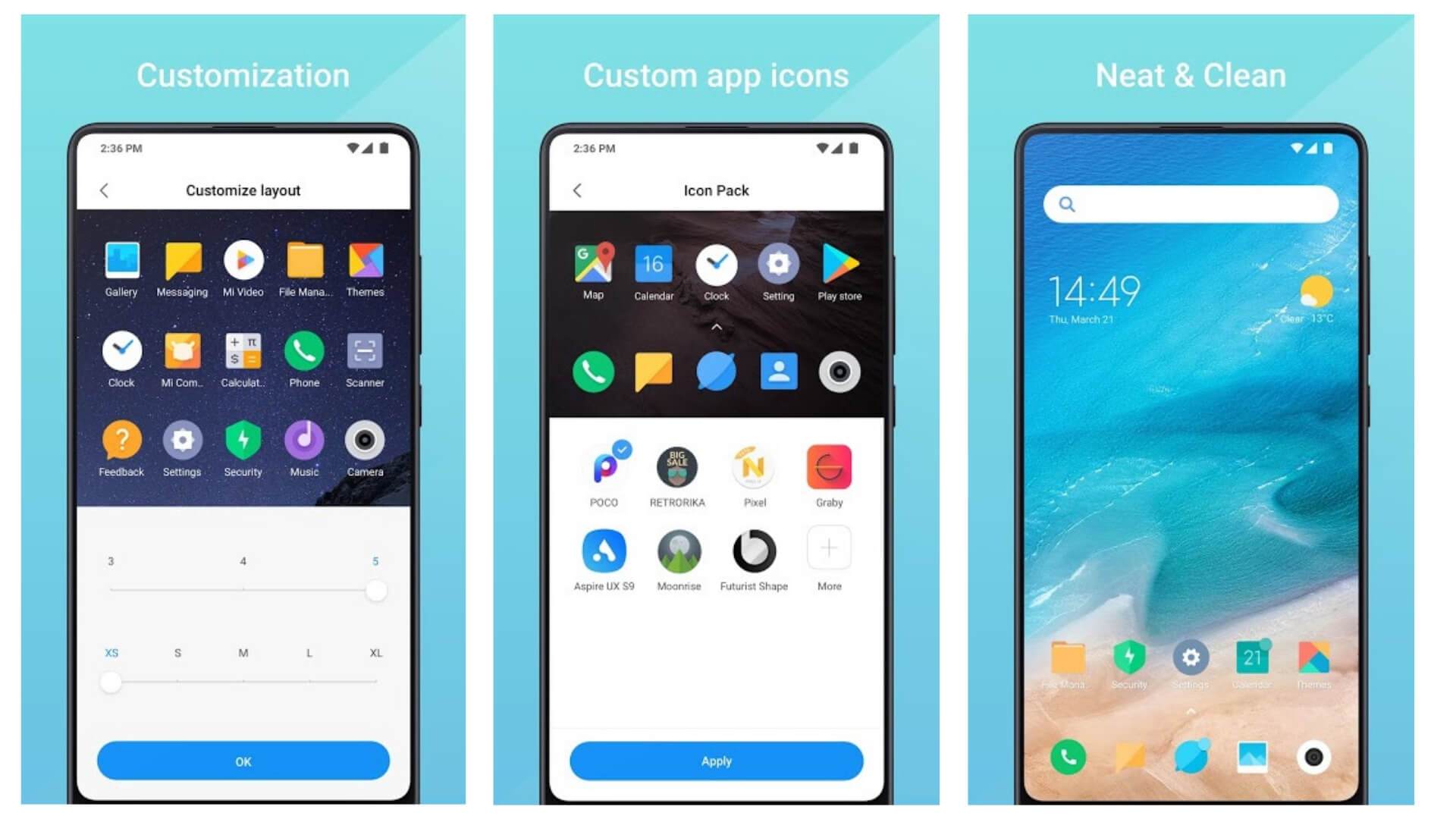 Xiaomi has quietly released its Mint Launcher in the Google Play Store. The home screen replacement app, however, does not seem to be compatible with any smartphone yet, meaning it can not be downloaded through the Play Store as of now. Nevertheless, enterprising users have uploaded it on onto APK Mirror, so users can try the app after all. The Mint Launched comes with Xiaomi’s latest offering in the form of Redmi Go smartphone and seems to be meant for the smartphones that have a limited amount of RAM and storage capacity.

As for the details on Google Play Store, Mint Launcher is 9.7MB in size and comes with a number of features including an app drawer, a feature that is usually missing from Xiaomi phones. Some other features on the app include custom third-party icons, resizable app icons, customizable screen layouts, and a number of transition effects.

The Mint launcher also is able to categorize apps together and allows moving and uninstalling multiple apps at once. Moreover, the launcher will help users hide app icons to protect their privacy. Although the feature set is not as extensive as Nova Launcher, it is unlikely that Xiaomi is competing with full-fledged launchers.

Xiaomi has taken some cues from the Poco Launcher in terms of design for the Mint Launcher. Poco Launcher was originally introduced with the Poco F1 and was later made available to all the devices through Google Play Store.

As mentioned above, Min Launcher does not seem to be compatible with any smartphone currently. It is possible that Xiaomi will make the launcher available for everyone, nevertheless, users who want to try the Mint Launcher can head to APKMirror and grab the APK file. Downloading the launcher this way might result in some odd issues and bugs as the company is yet to officially release the Mint Launcher for all. The Google Play listing was first spotted by Android Police.