Mercedes Benz has announced that it will introduce around 15 new products in India within this year. Among these 15 cars, the A-Class Limousine, AMG GT Black Series and GLA are coming here for sure. Also, expect some brand new cars alongside the facelifts to launch in the country. Meanwhile, with this step, it is clear that the German carmaker is going to target first-time buyers as well.

Performance for the year 2020

As per the sales record, the German carmaker did perform poorly in the first two quarters. However, Q3 shows massive growth in the sales figures that allowed Mercedes Benz India to outperform as a luxury carmaker for this year as well. For the performance car segment, Mercedes AMG GLC 43 Coupe that was obviously a ‘Made in India’ product was one of the best sellers. Further, Mercedes also sold a whole lot of the EQC in India.

Further, Mercedes Benz India has also announced its sales performance for FY 2020. The German carmaker sold around 7893 units with a decline of 42 percent when compared to FY 2019. However, even after noticing a massive decline in sales figures, Mercedes Benz India still managed to bag the best luxury carmaker title for the sixth consecutive year.

Right now, Mercedes Benz India’s portfolio is quite a balanced one in terms of cars it consists of. However, with the introduction of the facelifts and new cars in the lineup, it might be able to figure out the needs of every luxury car enthusiast.

While addressing this event, Martin Schwenk, MD & CEO, Mercedes Benz India said, “We remain cautiously optimistic and are confident of continuing the sales momentum gained, despite facing pandemic triggered market upheavals. Mercedes-Benz India cautiously optimistic and we back it up with 15 new or renewed products and innovations in doing business. 2021 will be a product packed year, which we are confident will translate into excitement for customers and our dealer partners.” 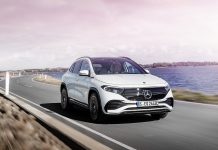 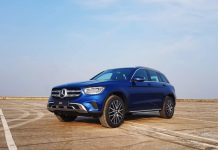 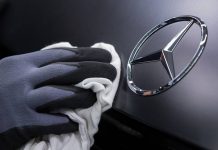