Portfolio expansion is going quite well for BMW India. Earlier, it was the M340i performance sedan that was launched here. And now, within no time, the German carmaker has introduced the all-new BMW 6 Series GT for the Indian market. Just like the M340i, this newly launched sedan will be manufactured locally. Looks like the brand is now ready to deliver high-end luxury cars to its potential customers.

The day has come and the details are out now. Are you curious to know even the smallest detail about the all-new 6 Series? Well, let us jump straightaway to that.

Starting with the design, the all-new BMW 6 Series GT now looks sportier than before. For instance, at the front, it now comes equipped with a larger BMW kidney grille. The headlights are slimmer now. Meanwhile, both the bumpers have been redesigned to match its sporty appeal. Not to forget, the all-new 6 Series GT continues to feature the active rear spoiler. Also, customers will now get more colour schemes on offer.

From the start, BMW 6 Series GT is known for the ample number of features it offers. Just to be very frank, even this time it remains no less. Surpassing everyone’s expectation, the car now comes with a larger 12.3-inch touchscreen infotainment system. In case, size is not a matter. Then, it is the new operating system along with Apple CarPlay and Android Auto connectivity that will drive its user crazy.

The powertrain of the 2021 6 Series Gran Tourismo remains unchanged. The 630i variant continues to come with a 2.0-litre four-cylinder turbo petrol engine. To be precise, this unit produces 258HP alongside a peak torque of 400Nm. Then there is the 620d variant that comes equipped with a 190HP, 2.0-litre four-cylinder diesel motor. The most powerful and fully loaded 630d variant gets a 265HP, 3.0-litre six-cylinder engine. For the knowledge, all these engines are mated to an eight-speed torque converter gearbox.

In India, BMW 6 Series GT will go head-on against the likes of Mercedes Benz E-Class and the upcoming Audi A7. The launch of the updated A7 is yet not confirmed. However, in the meantime, just take a look at the E-Class LWB. 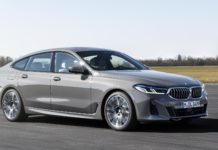 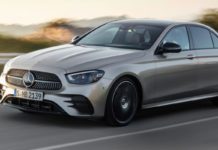 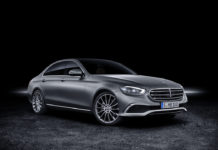