Maruti Suzuki Vitara Brezza received a 4-star rating at the Global NCAP in 2018. The car that was tested on this safety platform was available with only dual airbags. However, the brand has been recently working on the next generation Vitara Brezza. And, according to the sources, it will be coming up with six airbags and sunroof on offer.

It is surprising that the carmaker is now emphasizing a lot on safety measures. Meanwhile, if offered with a sunroof, Vitara Brezza will become the first car from the brand to get this feature.

The updates are not limited to these many. The list is quite a big one. Want to learn more about the upcoming Vitara Brezza? We have covered all the details just for you.

To begin with, the 2021 Maruti Suzuki Vitara Brezza will come with the same 1.5-litre four-cylinder petrol engine. For the information, currently, it is capable of producing 104BHP of power and a peak torque of 138Nm. To recall, it comes paired with a mild-hybrid powertrain. Just to precise, this hybrid powertrain will now be available with a more agile electric motor and an upgraded battery. Interestingly, the same five-speed manual gearbox will continue to serve this SUV. However, a new 6-speed AT gearbox is now expected to replace the older 4-speed unit.

As mentioned above, several new features will be joining the list. To name a few of them, a wireless charging pad, sunroof, larger infotainment display, fully digital instrument cluster, etc. are expected to be a part of the upcoming Vitara Brezza.

Remember the HEARTECT platform? Well, it is exactly the same platform that we see on the all-new Ertiga. The brand has decided to introduce the same setup on the upcoming Maruti Suzuki Vitara Brezza as well. Further, also expect the revised SUV to come with modern features such as connected car tech.

Maruti Suzuki will be revealing the 2021 Vitara Brezza somewhere near the festive season.

In India, the sub-four meter SUV segment is filled with some amazing SUVs on offer. Currently, it is the Kia Sonet, Renault Kiger, Ford EcoSport, Hyundai Venue, Nissan Magnite, etc. among others that rivals the Maruti Suzuki Vitara Brezza.

The sales figure of the Hyundai Venue might not surprise anymore. However, the Korean brand is still managing to sell decent numbers of Venue in India. It is currently available with a price tag of Rs.6.86 Lakhs and Rs.11.66 Lakhs (ex-showroom, Delhi).

Waiting period for the Nissan Magnite is gradually increasing with time. The Japanese brand was able to bag an impressive amount of sales in recent time. For them, the pricing of the SUV has played a major role. 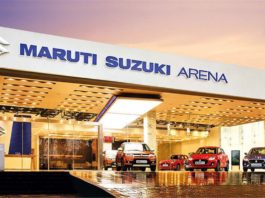 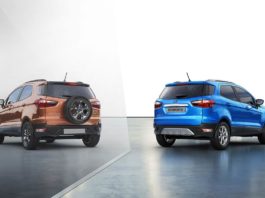 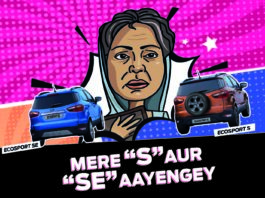 Ford EcoSport SE Teaser Out; Expected To Go On Sale By...