The second-generation Rolls Royce Ghost gets a new pair of laser headlights with an illumination range of 600m. Apart from this, it will come with a C-shaped LED daytime running lights and the revised front bumper with large air intakes. Meanwhile, the large air intakes are there for better aerodynamics. The side profile of the second-gen Rolls Royce Ghost almost remains the same as the outgoing one. However, the rear gets some minor changes such as the revised accents near the taillights.

The features that are extracted from the old-gen Rolls Royce Ghost are the Spirit of Ecstasy and Umbrella housed door. Meanwhile, the second generation Ghost now gets the Aluminium Architecture Spaceframe which is the same platform that comes with the Phantom and Cullinan. The wheelbase remains the same and the boot space now is 507 litres.

According to Rolls Royce, the RR Ghost will be the most tech loaded car in the Rolls Royce lineup. The features on offer are the touchscreen infotainment system, the old climate control dial, illuminated dashboard panel and the Starlight Headliner. The ‘Starlight Headliner’ comes with 152 LEDs while the passenger side dashboard gets 850 stars lighting. Rolls Royce is also providing the microenvironment purification for the climate control with the Ghost.

The engine that will power the Rolls Royce Ghost is a 6.75-litre twin-turbo V12 unit. It generates a massive 571bhp of power and 850Nm of torque. Meanwhile, it replaces the older 6.6-litre V12 engine. Rolls Royce also will not come up with any hybrid models in the near future however, it is working on its Electric Vehicles.

The other features on offer are the heads up display, 360-degree camera, cruise control, night-time wildlife & pedestrian warning and auto parking. Meanwhile, Rolls Royce is also offering the rear entertainment screens along with 1300-watt audio system. 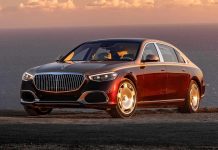 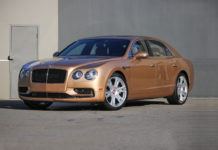