Updates on the 2021 Tata Safari

Tata Motors has recently teased the front grille of the 2021 Tata Safari and mind you, it looks absolutely premium with that chrome finishing. Further, it is the same tri arrow design that was earlier used on the Tata Nexon as well. The company is all set to reveal the SUV within this month and bookings for the same are about to start soon. As per the latest teaser, it is also confirmed that the upcoming Tata Safari will get the Xenon projector headlamps as well.

Based on Tata’s Impact 2.0 design, it will share Land Rover’s OMEGARC platform with the Tata Harrier. However, Tata has earlier confirmed that the flagship SUV will come with a 7-seater layout.

The powerplant that is expected to roll out on the 2021 Tata Safari is the same 2.0L Kryotech diesel motor that powers the current generation Harrier. Further, it churns out a massive 168BHP of power and a peak torque of 350Nm. This engine on the other hand comes mated to either a 6-speed manual gearbox or a 6-speed torque converter.

When launched in India, the 2021 Tata Safari will go against the likes of: 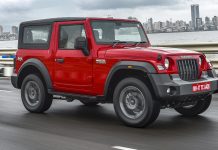 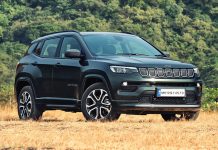 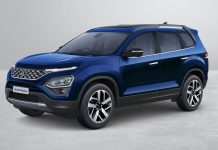