The 2021 Volvo XC60 has finally made its global debut. Further, the SUV is now available with multiple changes inside out. However, most of the updates are limited to the cabin so as to offer more features alongside modern technology. The Swedish carmaker has not revealed the details regarding its powertrain yet.

However, one can expect similar engines on offer according to the market. In India, Volvo has earlier confirmed that the carmaker will be offering petrol models only.

Design-wise, the all-new Volvo XC60 gets a revised grille with horizontal slats that are finished in chrome. Also, the bumper of the XC60 has been redesigned with larger air intakes and sleeker-looking LED headlamps. This headlamp setup on the other hand is now available with Thor’s hammer DRLs. As we walk towards the side profile, the 2021 XC60 is also expected to run on a new set of alloy wheels. Apart from this, the tailgate of the recently revealed SUV now gets a large ‘VOLVO’ badging running from one end to another.

Inside the cabin, the luxurious SUV continues to get automatic climate control, panoramic sunroof, faux leather upholstery and a multi-function steering wheel. However, the touchscreen infotainment system on the XC60 is now available with Android OS. Well, this simply indicates that it will now support Google Play Store as well as Google Maps. Volvo has not revealed the details of the powertrain yet. However, when launched in India, the all-new SUV is expected to come with the same 2.0-litre four-cylinder petrol engine.

Volvo is very particular when it comes to safety. Therefore, the XC60 comes equipped with multiple airbags, traction control, rearview camera and crash sensors to name a few. These are the only changes that are now available on the 2021 Volvo XC60. However, for more information click here.

When launched, Volvo XC60 will rival the German twins including BMW X3 and Mercedes Benz GLC.

The current generation Mercedes Benz GLC gets a 2.0-litre diesel as well as a petrol engine. However, in terms of features, the all-new GLC feels more modern when compared to its rivals. The feature list consists of a wireless charging pad, ambient lighting, MBUX infotainment system and a fully digital instrument cluster among others.

With a solid build quality, BMW X3 is one of the most premium entry-level SUVs available in India. Currently, it is available with either a 1995cc diesel or a 1995cc petrol engine. However, feature-wise, X3 comes with BMW Drive touchscreen infotainment system, electric parking brake, panoramic sunroof and a multifunctional steering wheel to name a few.

Apart from these two, Volvo XC60 also competes against the likes of Audi Q5 and Land Rover Discovery. 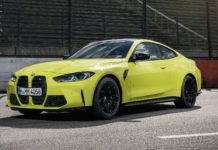 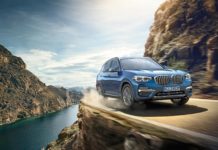