Aprilia has recently revealed the 2021 Tuono 660 and, mind you, it is of the most powerful 650cc naked motor globally. The all-new Tuono is powerful when compared to the Triumph Trident 660 and it even outperforms the Kawasaki Z650. In the US, it comes with a price tag of $10,499 onwards. Further, the powerful naked bike will arrive in India by July 2021.

Aprilia Tuono 660 is a feature-rich motorcycle and even the design language of the naked motorcycle stands impressive. However, design-wise, it comes with a stepped-up seat for the pillion rider, triple LED headlamps with DRLs, an all-digital instrument cluster, stylish alloy wheels and a muscular tank among others.

Apart from this, Aprilia is offering three color options on the all-new Tuono 660, including:

Powered by a 660cc twin-cylinder engine it churns out 100HP alongside a peak torque of 67Nm. Making the shifts easier on the upcoming Tuono 660, there is a 6-speed gearbox with a slipper clutch alongside quickshifter. Meanwhile, to alter the performance as well as the throttle response the naked motorcycle comes with 5 different ride modes. Similar to the RS660, three ride modes are dedicated to the road while the other two are track-oriented.

As per the sources, MD, Piaggio Vehicle Pvt. Ltd. has confirmed that the company is all set to bring both the RS 660 and Tuono 660 to India. However, both the premium motorcycles will reach the Indian shores via the CBU route while the local assembly is still under consideration. Further, he added that the Tuono 660 will be an affordable motorcycle when compared to the Aprilia RS 660. 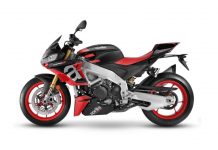 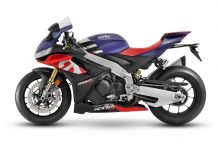 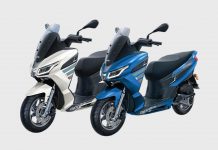