The Indian Wire » Automobiles » Choice of the PM Narendra Modi, The BMW 7 series gets a new look Choice of the PM Narendra Modi, The BMW 7 series gets a new look. And the Germans have finally decided to put an M badge on the car.

The choice Of Prime Minister Narendra Modi, BMW 7 series, rolls out its newest facelift, and boy have they done a recherché job. To add to the already intoxicating news, there are now a few models fitted with the M badge. For those of you who don’t know what giving a BMW an M badge means, it is basically like feeding an athlete steroids three times a day for life. Now this begs the question, why does a luxury limo need that kind of racing pedigree? Simple, because it’s fun. Five variants have made it to the Indian Market with two M variants. BMW have made it very efficient so it doesn’t harm the sky.In-fact it is so efficient that in theory the air coming out is purer than the air going in!

Today I tested the BMW 750Li M Sport. When you get into the car you are welcomed by almost an alarming amount of luxury, enough to lull you to sleep. This tranquility is abolished when you floor the throttle. The ferocious acceleration draws a line through the laws of physics.  All this is a result of the Germans spending almost a million pounds a day developing this beast.

Performance Figures of the 760Li M

The 760Li M (soon to be released in India) is powered by a 6.6 liter, twin turbocharged V12 engine putting out a devastating 600 bhp. The unit champions a 590 lb ft of torque. To put that number into perspective, the Lamborghini Aventador produces 509 lb ft and the Ferrari F12 produces 520 lb ft of Torque. It treasures a 0 to 100 kph time of 3.9 seconds putting it ahead of many sport cars such as the Porsche 911. The efficient engine makes only 294 grams of CO2 per kilometer when run independently and less than a 100 g/km when run with the electric mtor. The car is fitted with a proper, functioning eight speed automatic gearbox unlike the last 7 series. The V12 volcano under the bonnet makes the car smoother as there are lesser downshifts. Owing to the M-badge not only are several aesthetic components now made of carbon fiber, but also, each functional component down to the smallest detail is subjected to an intense development process to make it uncompromisingly sporty. To understand how serious BMW are, it is necessary to look at the front grill fitted with Active Air Stream Flap. It essentially cuts of the air supply to the engine when it isn’t required for cooling making the car that much more aerodynamic. It’s small, seemingly insignificant details like these that BMW have improved upon adding up to make it the technical masterpiece that it is.

The car is based on the long wheel-based platform making extra legroom for the rear seat passengers to stretch. The executive lounge style seats and all round visibility imparted by the panoramic glass sunroof promises a remarkably agreeable travel experience to the rear seat passenger. Perfect harmony is your constant companion in the BMW with the luxurious “recliners”, BMW connected drive, fine wood interior trims and a lot more. The suspension of the BMW ensures that you don’t spill your champagne even when the car corners aggressively. The subtle symphony of the fizzy V12 gives the car a modest rebellious tinge. The car is rigged with a bombardment of gizmos making sure nothing is left to chance. The “point to park” is an innovation several years ahead of its time. The car looks well-bred with BMW’s traditional look and an all new set of luxury lines finished to perfection. The more prominent kidney grills give the car an even stronger presence. The touch screen control tab that can be used to control all the electronics on the car is an integral part of the discreet luxurious persona.

When it comes to luxury saloons the choice is between the Mercedes Benz S63, Audi A8, Jaguar XJ, Porsche Panamera, Aston Martin Rapide and Maserarti Quattroporte, the first two being the BMW’s chief rivals falling in the same price range. The 760Li M crucifies its competition in every conceivable measure. The 7 series is where it all comes together. “Sheer Driving Pleasure” is a quality unique to the BMW. It’s hard to keep in touch with reality in this outlandish car.Yet BMW haven’t let absolute power corrupt absolutely. But all this power doesn’t come cheap, at a mind numbing 2.1 cr (estimated ex-showroom) and never ending post purchase expense, the BMW 7 series is not the right choice unless you own oil wells, or you are an MLA in India. And then there is the diesel 730Ld M, again, an unparalleled monster, an ideal choice for those who have a Swiss bank account. 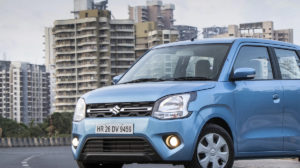 The Porsche Panamera Turbo is the new supplement for Indian businessmen
Forged in India, DC rolls out a limited edition Avanti
Comment