BMW India has recently started accepting bookings for the BMW 3 Series Gran Limousine in India and customers can now book the all-new luxury sedan against a token amount of Rs.50,000. As per the sources, the long-wheelbase variant of the 3 Series will be a replacement to the outgoing BMW 3 Series Gran Turismo. Further, it will bridge the gap between the regular 3-Series as well as the 5-Series.

As the bookings are already in an ongoing state, BMW India has also announced that it will offer a ‘Comfort Package’ worth Rs.1,00,000 on the first 50 bookings. Further, the booking should also be placed before 12 pm, 21st January to avail this particular offer. Comfort Package on the other hand includes an iPad AIR, coat hanger, iPad holder, etc.

Design-wise, the BMW 3 Series Gran Limousine looks similar to the regular 3 Series. However, it is the wheelbase along with the overall length that makes it a perfect luxury sedan in its segment. Meanwhile, in terms of numbers, the wheelbase is now longer by 110mm and the overall length now stands at 4,829mm. Further, inside the cabin, there is an additional legroom of 43mm for the rear passengers.

BMW is also expected to offer four-color schemes on the upcoming BMW 3 Series Gran Limousine including:

Under the hood, BMW 3 Series Gran Limousine will come with two engines on offer. The first one is a 330Li, 2.0L turbo petrol motor that churns out a massive 255BHP of power. Meanwhile, the latter is a 320Ld, 2.0L turbo diesel unit that can produce 190BHP of power and a peak torque of 400Nm. Further, both the engines are mated to an 8-speed torque converter with paddle shifters that helps in slick shifting.

Well! Again, there are no such direct rivals to the BMW 3 Series Gran Limousine yet. However, when launched in India, it will compete against the likes of the all-new Audi A4, Mercedes Benz C-Class, Jaguar XE and the upcoming Volvo S60. However, if priced in an attractive manner it will be standing streets ahead when compared to its competitions. 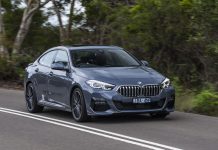 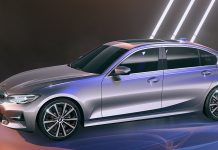 BMW To Start Pre-Bookings For 3 Series Gran Limousine In India From 11th January, 2021 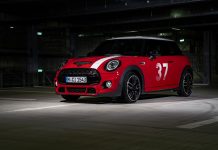