CFMoto 300SR after its arrival in Vietnam has now reached the Philippines. CFMoto has recently launched its 300SR in the Philippines with a price tag of PHP 1,65,000 that is around ₹2,45,000 in India.

The CFMoto 300SR was already available in India but it was discontinued after the introduction of the new emission norms. The update is said to be delayed due to the ongoing pandemic. However, CFMoto is now all set to launch the bike in India by September 2020.

Major highlights of the CFMoto 300SR are the attractive looks, LED headlamps with LED DRLs for the sharp aerodynamics, and much more. Meanwhile, 300SR is even suitable for the city rides all because of its handle and footpeg placement. The handlebar on the CFMoto 300SR is a clip-on handlebar unit.

The high rise tail section, split seats, underbelly exhausts, and the alloy wheels look amazing on the 300SR. However, the shock absorber in the front is a USD fork while the rear is a mono-shock unit. While the safety features on offer are the disc brakes along with ABS.

The engine that powers the 300SR is a 292.4cc single-cylinder, liquid-cooled unit with DOHC. Meanwhile, the output by this particular engine on paper is quite good. It produces 29PS of power and 25.3Nm of torque and is mated to a 6-speed gearbox.

The CFMoto 300SR was scheduled to launch in the second quarter (Q2) of this year. But due to the lockdown, it will now launch it in the third-quarter (Q3).

CFMoto 300SR when launched will be competing with the TVS Apache 310RR and KTM RC390. The company is all set to launch the bike in September this year but any particular date has not been assigned yet. 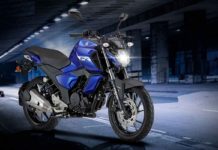 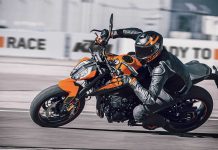 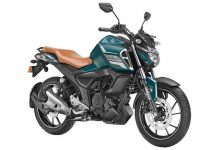