Coming to the cosmetic updates, the upcoming naked superbike now gets a new color scheme called Dark Stealth. Complementing the all-new Dark Stealth color on the 2021 Streetfighter V4 S is the aluminium finishing on the engine guard, footpegs, radiator and exhaust canister. Meanwhile, the old Ducati Red color option will also be available to the buyers. Other features it will get remains almost the same including digital instrument cluster, all-LED headlamp, LED turn indicator, etc.

The all-new 2021 Ducati Streetfighter V4 S draws its power from a 1103cc liquid-cooled, four-cylinder Desmosedici Stradale V4 engine. It churns out 205BHP of power @ 12,750 RPM with a peak torque of 123Nm. This engine is very similar to what Ducati offers on the Panigale V4. Meanwhile, the engine on the naked superbike comes mated to a six-speed transmission with Ducati Quick Shift (DQS). This engine on the other hand is now environment friendly as it gets Euro-5 emission updates. Another interesting fact is that Ducati is also offering an optional Akrapovic exhaust setup that improves the power generated by around 12BHP.

With its launch in India, the updated Ducati Streetfighter V4 S will be one of the most powerful bikes. However, we expect Ducati to launch it in India soon with a price tag of somewhere near Rs. 18 Lakh. 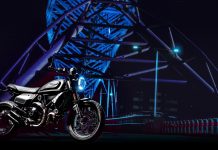 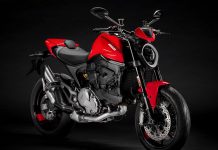 2021 Ducati Monster And Monster Plus Revealed, Gets Euro-5 Compliant Engine 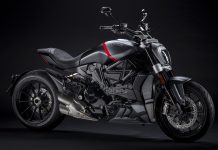