Waiting for the updated Honda Civic? Well, here your wait comes to an end. The Japanese car manufacturer has finally introduced the 11th generation Civic for the American market with multiple updates. In a nutshell, it is now available with a more mature design language, stretched wheelbase and an updated platform.

Interestingly, the 2022 Honda Civic remains very similar to the concept that was unveiled last year. The company has already axed the production of its premium offerings such as Civic and CR-V last year for the Indian market.

Is it coming to India and what all updates can we expect from the all-new sedan? Straightaway heading to answer that.

In terms of design, the 2022 Honda Civic remains similar to the concept revealed last year. However, when compared to the last-gen model, this one is based upon minimalistic design language. According to the carmaker, the updated sedan will also get a 36mm longer wheelbase than the outgoing counterpart.

For starters, it comes with slimmer LED headlamps, muscular bonnet, fog lamps and wide air intake just below the grille. The side profile of the all-new Civic features blacked-out B-pillars, a sloping roofline and sporty alloy wheels just to name a few. Coming to the rear end, the updated sedan now features wraparound taillamps as well. Also, customers will be getting the option to choose alloy wheels ranging from 16 to 18-inch.

Inside the cabin, the minimalistic approach continues. To be precise, it looks premium with new air vents and a multi-functional steering wheel. Just to keep it simple, the carmaker will continue to offer physical control for the AC. The top-end Touring variant will be available with a 9-inch touchscreen infotainment and a 10.2-inch fully digital instrument cluster. Meanwhile, the lower LX, EX and Sport variant are expected to get 7-inch infotainment alongside a 7-inch semi-digital instrument display. Honda will also offer wireless Apple CarPlay and Android Auto.

In terms of features, the Touring variant will also get a wireless charging pad and a premium Bose surround sound system. Also, Honda has introduced several electronic aids to the all-new sedan.

According to the carmaker, the updated Civic will be getting a stiffened chassis. Under the hood, it will be available with either a 2.0-litre four-cylinder NA petrol motor or a 1.5-litre four-cylinder turbocharged engine. Talking in numbers, the first one produces 160HP and 187Nm of torque. Meanwhile, the latter one is tuned to churn out a massive 182HP and 240Nm of peak torque.

Honda discontinued the production of Civic in India due to its low demand. Therefore, the launch of the updated sedan is still not confirmed. However, if launched in India, the all-new Honda Civic will compete against Hyundai Elantra and Skoda Octavia. The updated Octavia is expected to launch next month. Want to know more about its prime rival? Take a look at the 2021 Skoda Octavia.

Skoda has recently postponed the launch of 2021 Skoda Octavia due to the second wave of the ongoing pandemic. The upcoming sedan is expected to come with a 2.0-litre four-cylinder turbo engine. Talking in numbers, this engine is capable of producing 190HP and 320Nm of torque. Feature-wise, Skoda Octavia comes with a panoramic sunroof, LED headlamps, ventilated seats, cruise control, etc. to name a few. 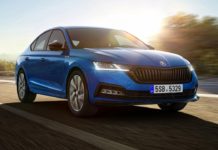 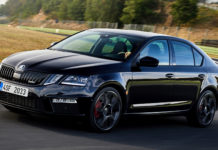