The Indian Wire » Automobiles » Ferrari to unveil Portofino 2018 by September 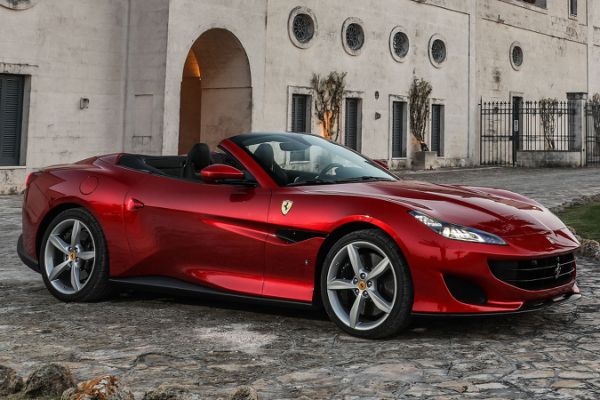 Ferrari, an Italian sports car manufacturer has come up with a grand touring sports car. It is a 2+2 hardtop convertible with 2 doors. The name Portofino comes after a name of a village and it replaces the previous model the California T. The car was first unveiled in 2017 on the Italian Riviera in the village Portofino itself.

The new Portofino is only 0.1 inches lower, 1.1 inches wider and 0.7 inches longer than California T and looks very different from it. Just like the California T, the Portofino is powered by a front-mounted twin-turbocharged 3.9 liter V8. But the Portofino has a new intake system, revamped connecting rods, redesigned piston, an improved exhaust system and a completely new engine management software system. The car may produce an estimate of 521 horsepower and 561 Ib-ft of torque. Ferrari claims that the car will make its way from zero to 62mph is just 3.5 seconds. It is said that the chassis of the Portofino is stiffer and lighter than the California T. it also includes an improved magnetorheological adaptive-damping system, an electrically assistive power steering system and also the iteration of the company’s electronically controlled limited-slip differential. The steering that is 7 percent stiffer than the California T. Ferrari says that the lighter boy of the Portofino is also 35 percent stiffer. They also claim that the springs are 15.5 stiffer in the front and 19.0 firmer in the rear which brings the baseline set up same as California T.

Something new and better in the Portofino is the infotainment system, it responds promptly to inputs and is quite easy to navigate. There is also an optional touchscreen pad in front of the passenger seat that helps your co-pilot have an overview of speed, gear selections, and other performances. It can also modify the navigation and send it to the center as well as to the driver’s display. So by the looks of it, seems like a perfect everyday useful and highly athletic car.

The car is to be officially unveiled at the Frankfurt auto show 2018 during the month of September. As of now the release dates and the price of the car has not been announced by the company so all we can do is eagerly wait for the updates on this spectacular car.

Royal Enfield Continental GT 650 to launch this month? Price expected to be INR 3 lakhs
H5X to be named harrier by Tata? Or is it just another rumour?
Comment