After the orders from the Government of India regarding the emission norms, all the carmakers have started manufacturing the BS6 compliant. Hence, the production of the BS4 compliant vehicle comes to an end.

Bharat Stage Emission Standards (BSES) was first introduced in India in 2001. The emission norms are rules and regulations by the Government of India to keep a check on the level of air pollutants. The emission standard guidelines are created keeping in mind all the necessary parameters by the Ministry of Environment as well as the Ministry of Forest and Climate Change. The Central Pollution Control Board which works under these two ministries sets all the standards and timelines for the implementation of these emission norms.

Hence, with the introduction to the BS6 emission regulation, all new vehicles are to be manufactured as a BS6 compliant. The regulations are there to keep the pollution level down as exposure to these air pollutants may lead to many respiratory and cardiovascular diseases.

After the introduction of the BS6 emission norms. Many power-packed petrol and diesel engines were discontinued. Meanwhile, there are many BS4 Petrol engines every motor enthusiast will definitely going to miss. Celebrating them, here’s a look at some amazing BS4 petrol engine which blew the mind of every petrolhead:

The Skoda 1.8L TSI engine which powered the Skoda Octavia and the Skoda Superb faced discontinuation due to the new emission policy. The Skoda 1.8 TSI was a turbocharged engine that produced around 178BHP of power and an astonishing 250Nm of torque. This particular engined churned a mileage of around 15 kmpl according to the ARAI. Meanwhile, the top speed was around 220kmph.

High cost is involved while upgrading these engines according to the emission norms. Therefore, the Volkswagen group discontinued the 1.2L TSI engine. Producing a massive 105PS of power and 175Nm of torque mated with a 7 speed DSG gearbox the engine reached 0-100kmph in just 10.6 seconds. This particular engine powered the Volkswagen Polo as well as the Vento which churned a mileage of around 22.2kmpl.

The best engine ever by Hyundai powered the Hyundai Creta and the Hyundai Verna. Producing a massive 122BHP of power and 154Nm of torque this 4 cylinder engine with an MPFI fuel system was the ideal one. The ARAI claimed the mileage of 17kmpl.

The Maruti Suzuki 1.0L Boosterjet engine powered the Baleno RS. Earlier, this turbocharged engine produced 100PS of power and 150Nm of torque. The Baleno RS was known to be the sports version of the powerful hatchback. The claimed mileage of the Baleno RS was 21.1 kmpl.

The Ford EcoSport was powered by the 1.0L Ecoboost engine. It was a turbocharged unit churning around 123BHP of power and 170Nm of torque. Mated with a 5-speed manual transmission the particular engine can go from 0-100kmph in just 11 seconds. Meanwhile, the top speed claimed to be around 180kmph.

Many new turbocharged engines have arrived in the market meeting the BS6 emission norms. However, the BS4 era was the golden era for many motor enthusiasts. 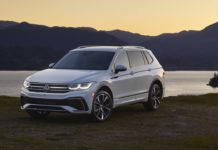 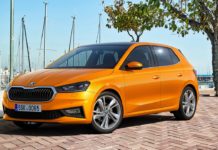 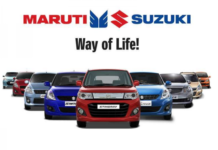