Hero MotoCorp has recently listed the BS6 Hero Xtreme 200S on its official website. However, no new cosmetic updates can be seen on the updated motorbike. Apart from this, the Indian bike manufacturer has also listed the BS6 Xpulse 200T and we expect both the motorcycle to launch soon.

Coming to the changes, the bike might receive new color schemes on offer. However, no other updates are expected this time. Earlier, Hero Xtreme 200S used to come with an LED headlight, digital instrument cluster, single-channel ABS, LED taillamp, engine kill switch, etc. Meanwhile, the digital instrument cluster used to get the Bluetooth Connectivity with navigation, service reminder, gear position indicator and trip meter on it.

At the time of launch, Hero MotoCorp might hike the price of the all-new Hero Xtreme 200S by around ₹5000-₹10,000 for the obvious reasons. However, in India, the motorcycle will directly rival the Bajaj Pulsar RS200. 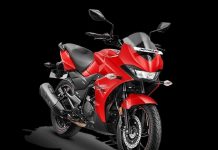 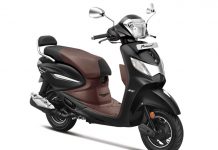 Hero Pleasure Plus Platinum Edition rolls out; priced at INR 60,950 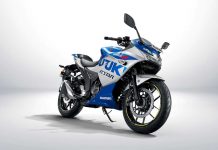