The F-type is the sort of Jaguar that hasn’t been seen for decades. You see, the company’s coupés have long been big, comfortable cruisers, whereas the F-type is a focused sports car, intended to do battle with Porsche’s 911 and Cayman models.

A tall order, that, because Porsche is at the top of its game at the moment. And yet the signs are promising; the F-type goes and sounds like a sports car should, and it’s an absolute stunner.

Space in the Jaguar F-Type

The most expensive version of the F-type Coupé is pitched against the Porsche 911, which has small rear seats that can be folded down to form a luggage shelf. By contrast, the F-type Coupé is a strict two-seater, with no room at all behind its seats.

The boot itself is rather shallow and small, too, with room enough for a couple of overnight bags, but not much more.

At least there’s plenty of leg, head and elbow room, given the car’s size. And the F-type is easy to climb in and out of thanks to large, wide-opening doors. Choose the panoramic glass roof – a pricey option, but one that’s well worth considering – and the interior feels even airier

Comfort in the Jaguar F-Type

Slide into the driver’s seat of the F-type Coupé and you’ll be happy to stay there for a good couple of hours. It’s supportive enough to keep you free from aches and pains, and the steering wheel offers a wide range of powered adjustment.

True, the entry-level F-type feels pretty unforgiving over bumpy road surfaces. And even the more expensive models, which come with electronically adjustable suspension, can jostle and bounce you around at low speeds. However, most of the time, these are just about acceptable for a car as sporty as this.

Engine and wind noise are both kept to a minimum on the motorway, too, but the rumble from the F-type Coupé’s big, fat tyres is rather noticeable.

Dashboard Styling of the Jaguar F-Type

There’s a cluster of switches behind the F-type’s gear lever that are hard to read in a hurry, which can often result in you punching the wrong one by mistake. The volume control for the stereo in an odd place, too, and while the switches surrounding the touchscreen in the centre of the dash are intuitive to use, the screen itself can be sluggish and fiddly.

It’s a pity because the interior is rendered in tasteful materials. And there are some lovely touches, like the air vents that automatically rise from the dash top when needed, and the blue mood lighting that changes to red when you’re in Dynamic Mode. The chunky grab handle for the passenger comes in handy when driving in a more spirited manner, too.

Driving Ease of the Jaguar F-Type

The F-type Coupé’s long nose is actually relatively easy to place, because it’s quite visible from the driver’s seat, though front parking sensors wouldn’t go amiss – they’re a relatively inexpensive option. Thank goodness rear parking sensors are standard, though; you really can’t see very much out of the tiny rear screen.

Every model is available with an automatic gearbox, and together with the gutsy engines, that makes driving the F-type Coupé wonderfully easy. Just point the nose, squeeze the accelerator, and off you go. Well, as long as the gearbox can decide which gear it wants, that is – every now and again, it can be either sluggish or over-eager to change down.

You can choose a six-speed manual instead, but its hair-trigger clutch can be tricky to use in traffic, so despite its flaws, I’d stick with the auto.

It’d be wrong to imagine that the F-type Coupé delivers the same feeling of slick precision as a Porsche – but you’d be amazed how close it gets. The front end feels alert and responsive, changing direction quickly, and even the entry-level model has a huge amount of grip. Thanks to its trick electronics, though, the top-of-the-range F-type R is the most exciting, and can go around corners at frankly astonishing speeds.

A Porsche edges it in terms of ultimate sharpness, but the F-type Coupé fights back with pure drama. Every engine option makes a savage noise, bellowing when you’re on the throttle, popping and crackling when you’re off it, and snorting each time you change up a gear. It’s a sensational experience.

Reliability of the Jaguar F-Type

The three-year, unlimited mileage warranty is good for this class of car. Porsche, for example, provides just two years of cover.

Both the V6 and V6 S models achieve just over 32mpg in government tests – better than the Porsche Cayman GTS that they compete with.

However, the V8-engined R model is significantly less fuel-efficient than the Porsche 911 Turbo, which you’d imagine would be thirstier as it has four-wheel drive and more power.

Safety in the Jaguar F-Type

Only four airbags are fitted as standard, whereas plenty of much cheaper cars and the rival Porsche 911 comes with six.

At least you get systems to help you control the car in a skid and amplify your braking force in an emergency. 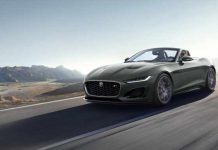 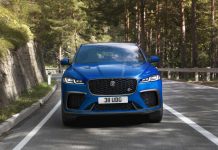 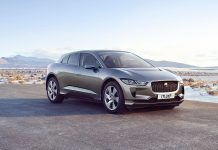 Jaguar Starts Bookings For I-Pace In India, To Be Jaguar’s First All-Electric SUV