Kawasaki has recently launched the 2021 Kawasaki Z H2 and Z H2 SE in India. The all-new Kawasaki Z H2 comes with a price tag of Rs.21.90 Lakh. Meanwhile, the SE variant is priced at a premium of Rs.4 Lakh. It costs somewhere around Rs.25.90 Lakh onwards (ex-showroom). Based on the trellis frame platform, both the Kawasaki Z H2 twins come with a 19-litre fuel tank.

Features such as the LED headlight, smartphone connectivity, TFT instrument cluster, etc. among others are also available on the Kawasaki Z H2 twins.

Braking duties on both the motorcycles work under a dual 320mm disc at the front. Meanwhile, at the rear, it comes with a 260mm disc with ABS for enhanced safety. However, the only differentiating factor for both Kawasaki Z H2 and Z H2 SE is the suspension unit. The first one comes with Showa forks at the front and a monoshock unit at the rear while the latter comes with an electronically adjustable suspension unit.

At the heart, both the naked bikes come with a 998cc four-cylinder supercharged engine. It churns out a massive 200PS of power @ 11,000 RPM alongside a peak torque of 137Nm @ 8500 RPM. Further, to handle the transmission duties it comes mated to a 6-speed gearbox with slip and assist clutch. Customers also get the quickshifter for their convenience. 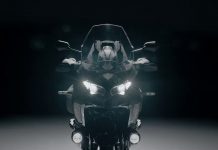 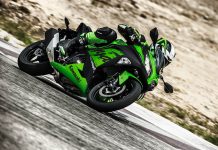 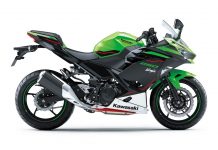