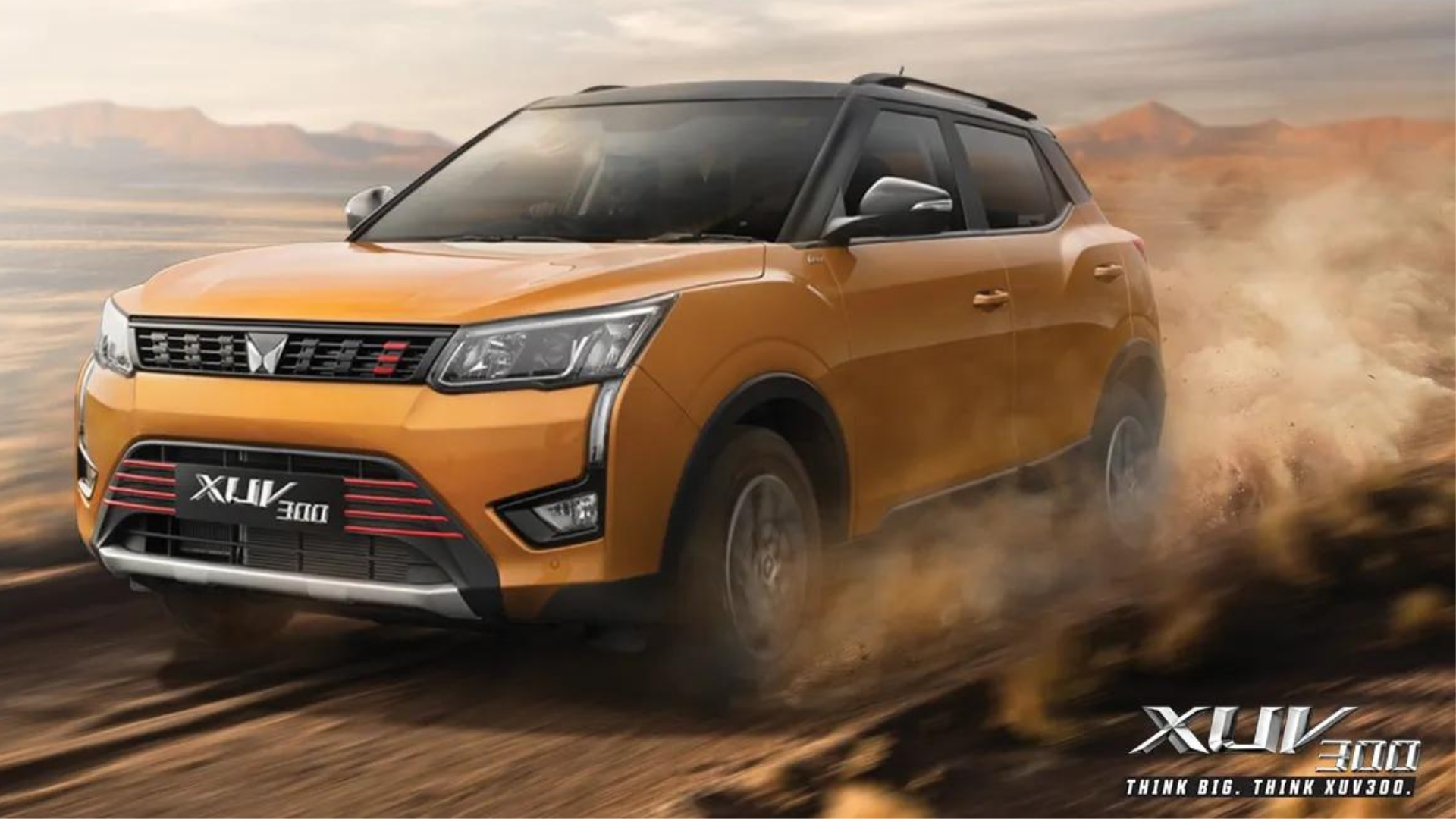 Sportier editions are the new normal and Mahindra is the latest entrant if we talk about this trend. The Indian automaker has decided to come up with the all-new Mahindra XUV300 TurboSport which is priced at Rs.10.35 Lakhs (ex-showroom, Delhi). The sub-four meter SUV has received multiple changes inside out. But what exactly do they look like? We are here to find out.

On the outside, XUV300 TurboSport has received multiple cosmetic enhancements to act as a differentiator. For starters, it now features four new shades, including Blazing Bronze with Black, Peal White with Black, Napoli Black with White and Blazing Bronze. The front end has also got some minor makeovers in the form of red inserts on the Piano Black grille and similarly coloured wing mirrors.

Inside the cabin, the car has leatherette seats and chrome pedals to enhance the overall feel. Other than this some basic features such as a massive 17.78 cm touchscreen infotainment system, electric sunroof, dual-zone climate control, rear parking camera, multi-function steering wheel and smartphone connectivity via Apple CarPlay and Android Auto.

Under the hood, this sportier sub-four meter SUV is available with a 1.2-litre mStallion turbocharged petrol engine. For reference, this motor currently produces a massive 130 PS of power and 230Nm of peak torque which is comparatively more when compared to the regular petrol engine. It is also available with a sole 6-speed manual gearbox meaning there’s no automatic gearbox offered. Thankfully, the changes are not limited to this; therefore, Mahindra has even introduced an engine over-boost function to push the torque output to 250Nm at the beginning. The final result because of these changes is obviously better acceleration in the initial phase making it faster when compared to the regular model.

With power comes responsibility, keeping this in mind, the Indian automaker has also introduced disc brakes on all four ends to provide better stopping power. For occupants’ safety, XUV300 TurboSport is also available with six airbags, corner braking control and an airbag deactivation switch (only for the passenger end).