McLaren has finally revealed the all-new Artura supercar globally and it looks absolutely amazing in terms of looks, features and power figures. Further, it is a step by the American carmaker to shift the perspective of supercar buyers towards electrification. Well, that is the sole reason due to which many automobile journalists call it a Hybrid Supercar.

Based on the McLaren Carbon Lightweight Architecture (MCLA), this all-new supercar looks absolutely phenomenal in terms of design. The sloping roofline, muscular bonnet hood, premium headlights and large air dams are the reason behind such premium design. Also, the multi-spoke alloy wheels and dual exhaust tips enhance its style quotient to another level.

However, coming to the performance, the all-new McLaren Artura comes powered by a 3.0-litre twin-turbocharged V6 engine. It produces 577HP and a peak torque of 584Nm. Further, there is an ‘E-Motor’ that is capable of generating 94HP alongside 225Nm of torque. The battery that powers this motor is a 7.4kWh Lithium-ion unit. All these factors combined with an 8-speed gearbox return a massive combined output of 671HP and a peak torque of 804Nm.
In terms of performance, it can do a 0-100kmph sprint in just 3 seconds. However, the top speed is electronically limited to 330kmph. Interestingly, the range from the electronic motor on this supercar stands at 30.5km.

Inside the cabin, McLaren Artura comes with a two-seater layout. However, the carmaker has introduced the MIS II infotainment system that is tilted towards the driver side. Also, this infotainment system supports Android Auto as well as Apple CarPlay. Other features such as a sportier steering wheel, power-adjustable seats and all-digital instrument cluster are also available on the Artura.
In terms of safety, the all-new supercar comes equipped with adaptive cruise control, multiple airbags, lane departure warning, drift control, etc. among others.

McLaren has announced the price of the all-new Artura in the US and it comes with a price tag of $225,000 there. However, the American carmaker has not confirmed if the supercar will make its way to India or not. Likewise, even the price for the market has not been disclosed yet.

Globally, McLaren Artura will go head-on against the likes of Porsche 911 Turbo S and Audi R8. However, there are many other high-end performance supercars available in the market. 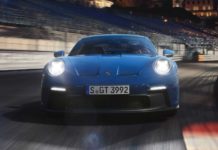 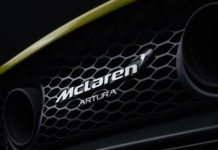 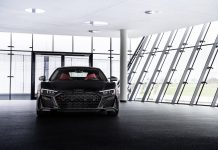