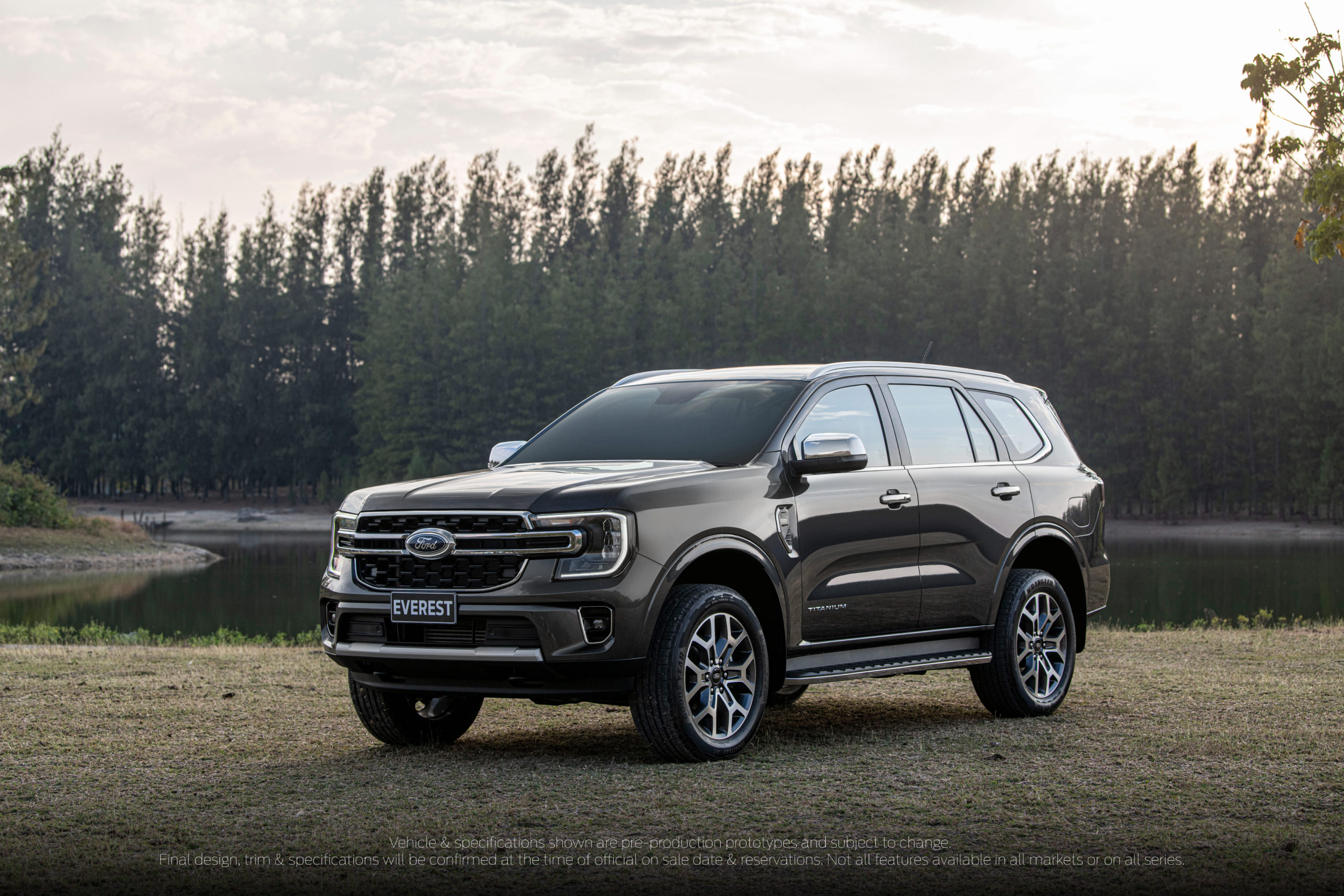 It’s sad that Ford has exited the Indian market but for now, we need to accept the truth and carry on. To recall, Endeavour (globally known as Everest) was the most popular product here and as expected, the next-gen version of the same has arrived globally.

People are still confused if it will be coming to India or not! Frankly speaking, there’s no confirmation regarding its launch yet. But, if you want to learn more about it, please take a look at the details down below.

On the outside, the longer wheelbase when compared to the older model is visible with the naked eyes. As a result, the length and width are also enhanced for improved road presence

The front profile of the new Endeavour now sports a larger grille which is flanked by twin C-shaped LED headlamps. For a more aggressive look, Ford has also revamped the bumper which now features wide air dams. Large alloy wheels with new design has also been introduced. However, to match the other three sides, the rear end now features twin connecting taillamps.

Since the 2022 Endeavour is available in multiple trim levels, we can expect the features inside to differ. The dashboard has been updated with a massive fully digital driver’s display and a touchscreen infotainment system. Similarly, other features such as 360-degree camera, ventilated seats, wireless charger, multiple AC vents and electric tailgate are also a part of the equipment list.

Globally, Ford has introduced a powerful 3.0-litre six-cylinder turbocharged diesel engine. Also, just like before, the American brand is willing to offer 2.0-litre four-cylinder turbo and bi-turbo diesel engines depending upon the market.

A slightly cleaner and more refined 2.3-litre four-cylinder turbo petrol motor is also a part of the updated Endeavour. For transmission duties, it will come mated to either a 10-speed or a 6-speed automatic gearbox depending upon the variant.

If relaunched in India, Endeavour will go head-on against the likes of MG Gloster, Toyota Fortuner, Mahindra Alturas G4 and Isuzu MU-X. Planning to enter this segment? Check out all the details related to the all-new Fortuner and Fortuner Legender down below.

Being one of the most popular ladder on frame SUVs available in India, Toyota Fortuner is currently one of the best sellers. Although the features on the updated Fortuner has started feeling dated but in the absence of Endeavour, the Japanese brand is being able to sell it in good numbers.

Under the hood, the full-size SUV is available with two four-cylinder engine options. Similarly, when talking about the features, it is loaded with a wireless charger, ventilated seats, an 8-inch touchscreen infotainment system and an electronic differential lock to name a few.