The wait is over as Renault has finally launched the all-new Kiger with an introductory price of Rs.5.45 Lakh onwards. Further, this will be the first sub 4 meter SUV by the French carmaker. Currently, there are four cars that are offered by Renault in India and the list includes:

In terms of design, Renault Kiger looks aggressive with a muscular bonnet and wing-shaped front grille. Also, there is a distinctive set of LED headlamps and C-shaped LED taillights that look absolutely premium on the all-new sub-4-meter SUV.

There are multiple exterior color schemes that are offered on the Renault Kiger, including Ice Cool White, Mahogany Brown, Caspian Blue, Planet Grey/and Moonlight Grey. However, there is an additional dual-tone color known as Radiant Red with Mystery Black available with the top-end variant.

Inside the cabin, Renault Kiger comes with an 8-inch touchscreen infotainment system, 7-inch all-digital instrument cluster and steering mounted audio controls among others. Also, the infotainment system on this SUV is compatible with Android Auto as well as Apple CarPlay.

Apart from all this, it comes with automatic climate control, air purifier, ambient lighting, wireless charging pad, Arkamys surround sound system and keyless entry. In terms of safety features, the Renault Kiger comes with four airbags and ABS. However, the only missing feature on this modern SUV is the sunroof that comes as a standard feature on its rivals.

The engine that powers the all-new Renault Kiger is a 1.0-litre naturally aspirated petrol unit. It is capable of producing 72HP and Nm of torque. Meanwhile, for that extra punch, customers can opt for a 1.0-litre turbocharged petrol motor that churns out a massive 100HP alongside a peak torque of Nm. Both the engines are available with a 5-speed manual gearbox as standard. However, Renault offers an optional 5-speed AMT gearbox with the naturally aspirated engine and a CVT gearbox with the turbo-petrol motor.
Further, there are multiple drive modes, precisely – Normal, Eco and Sport that are present on the top-spec turbocharged variants to alter the performance of the SUV.

Currently, Renault Kiger is the most affordable sub-four meter SUV in India. However, in terms of pricing the all-new Kiger directly competes against the likes of Nissan Magnite. In India, it will also rival the Maruti Suzuki Vitara Brezza, Kia Sonet, Hyundai Venue, Tata Nexon, Mahindra XUV300 and Toyota Urban Cruiser.

Again talking about the closest rival, the Nissan Magnite was launched with an introductory price of Rs.4.99 Lakh onwards. However, this offer ended soon and Nissan came with a revised price list of the Magnite. In terms of features, both the SUVs are similar and miss out on the sunroof. 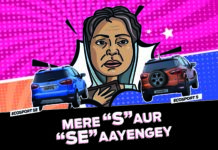 Ford EcoSport SE Teaser Out; Expected To Go On Sale By 10th March 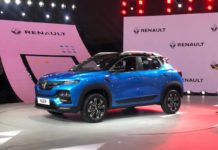 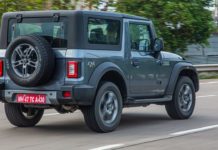