As per the sources, Royal Enfield is expected to bring out the 2021 RE Himalayan in India by the end of this month. The all-new Himalayan will be coming with multiple updates on offer. Meanwhile, the list of the additional features obviously includes RE’s Tripper Navigation.

Straight away coming to the updates, the 2021 RE Himalayan is expected to get updated with RE’s Tripper Navigation, new colour schemes and better ergonomics. The Tripper Navigation was first introduced on the Royal Enfield Meteor 350 and it is a turn-by-turn navigation system that is powered by Google. Meanwhile, to use this feature the rider has to pair his/her smartphone via Bluetooth. Further, there is this frame with Royal Enfield written on it on both sides of the fuel tank that is revamped for the tall passengers.

Apart from all these updates, customers can still opt for the touring package. This touring package, on the other hand, includes aluminium panniers, handlebar brace pad, engine guard and touring seat for the rider among others. However, the bike manufacturer is already offering dual-purpose tyres on the Royal Enfield Himalayan as standard.

At the heart, the 2021 Royal Enfield Himalayan is expected to come with the same 411cc single-cylinder, air-cooled engine. It churns out a massive 24.3BHP of power and 32Nm of peak torque. Meanwhile, for better performance, the bike manufacturer might offer a retuned engine on the updated tourer. Apart from all this, it comes mated to a 5-speed gearbox.

Right now, the current-gen RE Himalayan comes with a price tag of Rs.1.91 Lakh onwards. Meanwhile, with these minor updates expect the 2021 Royal Enfield Himalayan to be priced with a premium price tag. 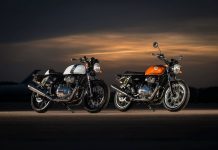 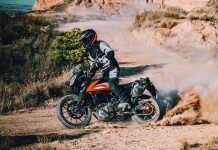 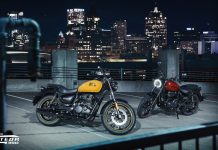