Grupo Simpa, meanwhile, is the local distributor of Royal Enfield in Argentina since 2018. However, the CEO of Royal Enfield also announced that the company at the overseas plant will start local assembly of RE Interceptor 650,  RE Continental GT 650 and RE Himalayan first. Meanwhile, the company might extend the production of other Royal Enfield motorcycles as well later.

The CEO of RE, Mr. Vinod K Dasari, stated that “Royal Enfield has been working steadily to grow and expand the middleweight motorcycling segment globally and also to increase our footprint in important global markets. With a strategic view to cater to growing demand and to gain significant market advantage, we have been pursuing our plans to set up local assembly units across specific markets in the Asia Pacific region and across South America. In the first of these, we are very happy to announce the first CKD assembly plant in Argentina”. 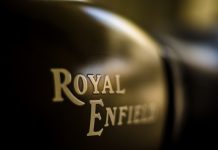