Tata Motors has launched the all-new Altroz iTurbo today with a price tag of Rs.7.74 Lakh onwards. The turbo variant of the Tata Altroz comes with a 1.2L turbocharged petrol engine while being mated to a 5-speed manual gearbox. Apart from this, the car remains very similar to the regular Altroz. Recently, Tata Altroz has also scored a 5-star rating at the Global NCAP.

The engine that powers the Tata Altroz iTurbo is a 110PS, 1.2-litre turbocharged petrol unit. Further, the peak torque from this engine stands at 140Nm and it comes mated to a 5-speed manual gearbox. As the turbo variant is based on the front-wheel drive powertrain, it comes with a ‘Sport’ mode. This sport mode can be used to alter the performance of the turbo engine sourced hatchback. Meanwhile, in terms of performance, Altroz iTurbo can do a 0-100kmph sprint in 11.9 seconds.

Apart from this, Tata Altroz is also available with a 1.2L naturally aspirated petrol engine alongside a 1.5L diesel motor. Right now, both the engines are only available with a 5-speed manual gearbox. However, Tata is expected to come up with a DSG transmission for the Altroz lineup.

For now, Tata Altroz iTurbo is one of the most affordable hatchbacks with a turbocharged engine. In India, it will compete against the likes of the Volkswagen Polo and Hyundai i20. However, in terms of performance, Tata Altroz iTurbo is one of the weakest contenders. It seems Tata took the mileage part a bit seriously. Further, Tata Motors has recently announced a price hike across its entire lineup. 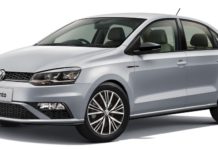 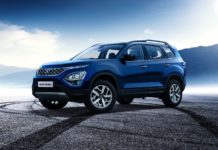 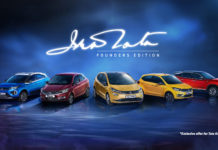