Tata Motors has finally launched an affordable Tiago with an AMT gearbox in India. The all-new XTA variant is currently priced at Rs.5.99 Lakhs (ex-showroom, Delhi). Also, with this launch, Tiago AMT is now affordable by Rs.47,000 when compared to the XZA variant. Earlier, Tata also introduced Tiago Limited Edition with a starting price tag of Rs.5.79 Lakhs (ex-showroom, Delhi).

It was based upon the XT variant with additional features such as 14-inch alloy wheels, touchscreen infotainment system and keyless entry among others. However, the limited edition Tiago was only available with a 5-speed manual gearbox and it missed out on an AMT gearbox for sure.

Under the hood, the all-new XTA variant comes with the same 1.2-litre three-cylinder petrol engine. It is capable of producing a decent 86PS of power alongside a peak torque of 113Nm. Meanwhile, this engine comes mated to a 5-speed AMT gearbox instead of the conventional 5-speed manual transmission.

Apart from this, at the time of launch, Vivek Srivatsa, Head of Marketing, PVBU, Tata Motors stated that the company has launched the all-new Tata Tiago XTA to cater the increasing demand for AMT variants.

Maruti Suzuki Celerio was the first car to get an AMT gearbox for many countries. In India, it is currently available with a 998cc petrol engine that is capable of producing 67BHP of power @ 6000 RPM and 90Nm of peak torque @ 3500 RPM. This engine comes mated to either a 5-speed manual or an AMT gearbox. Further, it is popular in its segment because of the height-adjustable driver seat and steering-mounted audio controls.

Hyundai Santro is one of the oldest hatchbacks in India. However, it has received some major updates in recent times and is currently available in its second-generation avatar. The engine that powers the all-new Santro is a 1086cc petrol engine. This motor can produce 68BHP of power @ 5500RPM and 99Nm of peak torque @ 4500 RPM. It is available with both a manual as well as an automatic gearbox. Further, features such as rear ac vents, rear parking sensors and a 7.0-inch touchscreen infotainment system are available on the top-end variant of Santro. 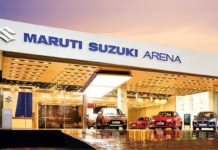 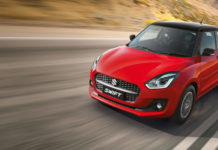 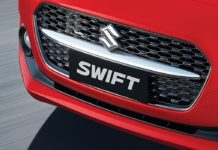