As part of its safety-first mission to reduce vehicle accidents, Tesla has now introduced two new active lane monitoring features designed to help prevent drivers from unintentionally leaving their lane of travel that works whether or not Autopilot is activated or even installed on the car. The new features included are  Emergency Lane Departure Avoidance and Lane Departure Avoidance. 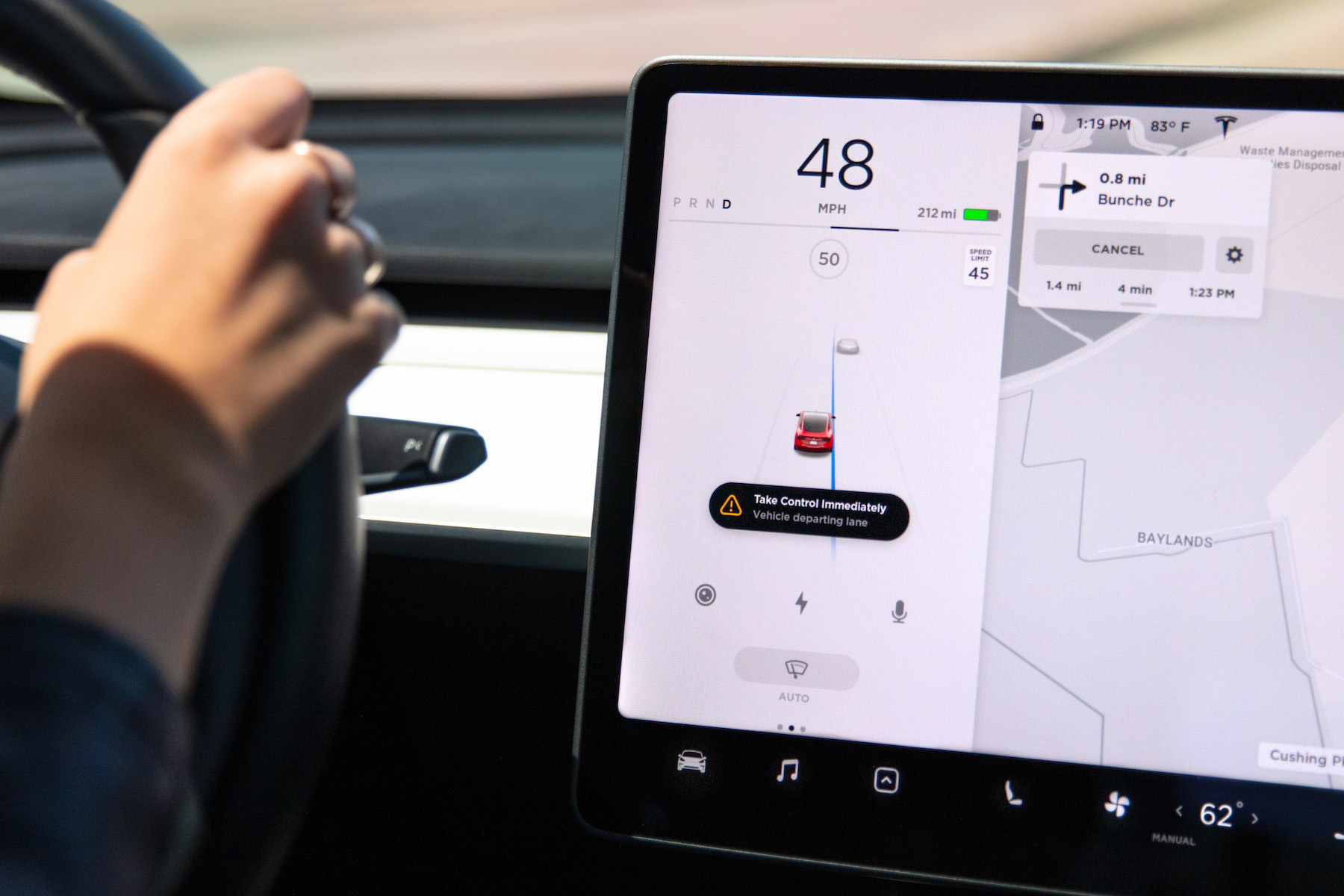 Lane Departure Avoidance lets a driver elect to have corrective steering applied in order to keep them in their intended lane. When the feature is in use and a driver is departing a lane without their turn signal on, the car will also check to see whether a driver’s hands are on the wheel or not. If a driver’s hands are not detected on the wheel, the driver will receive a series of hands-on reminders and alerts, similar to the ones that Tesla cars provide to customers who use Autopilot. If a drivers’ hands are repeatedly not detected on the wheel when Traffic Aware Cruise Control is in use, their car will gradually slow down to 15 miles below the speed limit or below the car’s set speed and turn its hazard lights on.

This feature can be turned on or off, and works at speeds between 25 and 90 mph. It is an extension of Lane Departure Warning, which already warns drivers through a steering wheel vibration if they begin to drift out of their lane without their turn signal engaged.

This one is a little different, as it is meant to steer the car back into its lane if it detects departure and determines that a collision may occur. The result is the same: the car gently guides itself back into the center of the lane. Unlike the non-Emergency flavor, though, this one is turned on at the start of every drive, and disabling it only works for the length of that trip.

Tata Motors sells 42,577 vehicles in domestic market in April, down 20% YoY
Monthly passenger car sales in India down by 20% in April
Comment