Kudos, Volkswagen for introducing so many SUVs in India. It was the 2021 Tiguan that was revealed this morning. And now, the German carmaker has introduced the all-new Taigun as well. Interestingly, the all-new Volkswagen Taigun is heavily localised and therefore expected to come with a more affordable price tag.

Not to forget, this was the much-needed step from the carmaker as the rivals are doing quite well in the Indian market while doing the same stuff. Want to learn more about the all-new Volkswagen Taigun? Here are all the details for you.

To start with, Volkswagen Taigun is based upon VW Group’s MQB A0 IN platform. Globally, the cars that use the MQB A0 platform are known for their driving dynamics. And therefore, the slightly altered MQB A0 IN platform is expected to return similar traits as well.

The carmaker has not revealed much details about the all-new Volkswagen Taigun yet. The feature list might include a 10-inch touchscreen infotainment system, fully digital instrument cluster, ventilated seats and a wireless charging pad to name a few. In terms of safety, it will get six airbags, a tyre pressure monitoring system and ESC among others.

Just like the Skoda Kushaq, the upcoming Taigun SUV will be available with two engine options. The first will be a 1.0-litre three-cylinder turbocharged petrol engine. Well, this engine is capable of producing a decent 113BHP of power alongside a peak torque of 175Nm. But there is another powerful 1.5-litre turbo petrol engine that churns out a massive 147BHP of power and 250Nm of peak torque. Both the engines will come mated to a 6-speed manual gearbox as standard. However, customers can opt for a 6-speed torque converter with the 1.0-litre TSI motor. Also, there is an optional 7-speed DSG transmission available on the 1.5-litre TSI motor.

In India, the compact SUV category is currently one of the most competitive segments in existence. However, when launched, Volkswagen Taigun will directly rival the Hyundai Creta, Kia Seltos and the upcoming Skoda Kushaq.

Currently, Hyundai Creta is the most selling SUV in India. The Korean carmaker with an aggressive price tag and several first in segment features hold the maximum market share. Not to forget, there are three engine options available on the Hyundai Creta.

Skoda has recently revealed the all-new Kushaq. And just like the Volkswagen Taigun, the Czech carmaker has not revealed much information about it yet. 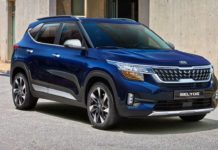 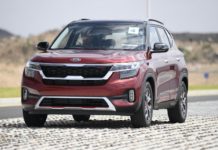 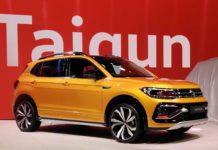 Volkswagen To Reveal Taigun On 31st March; Group’s 2.0 Strategy Is On!