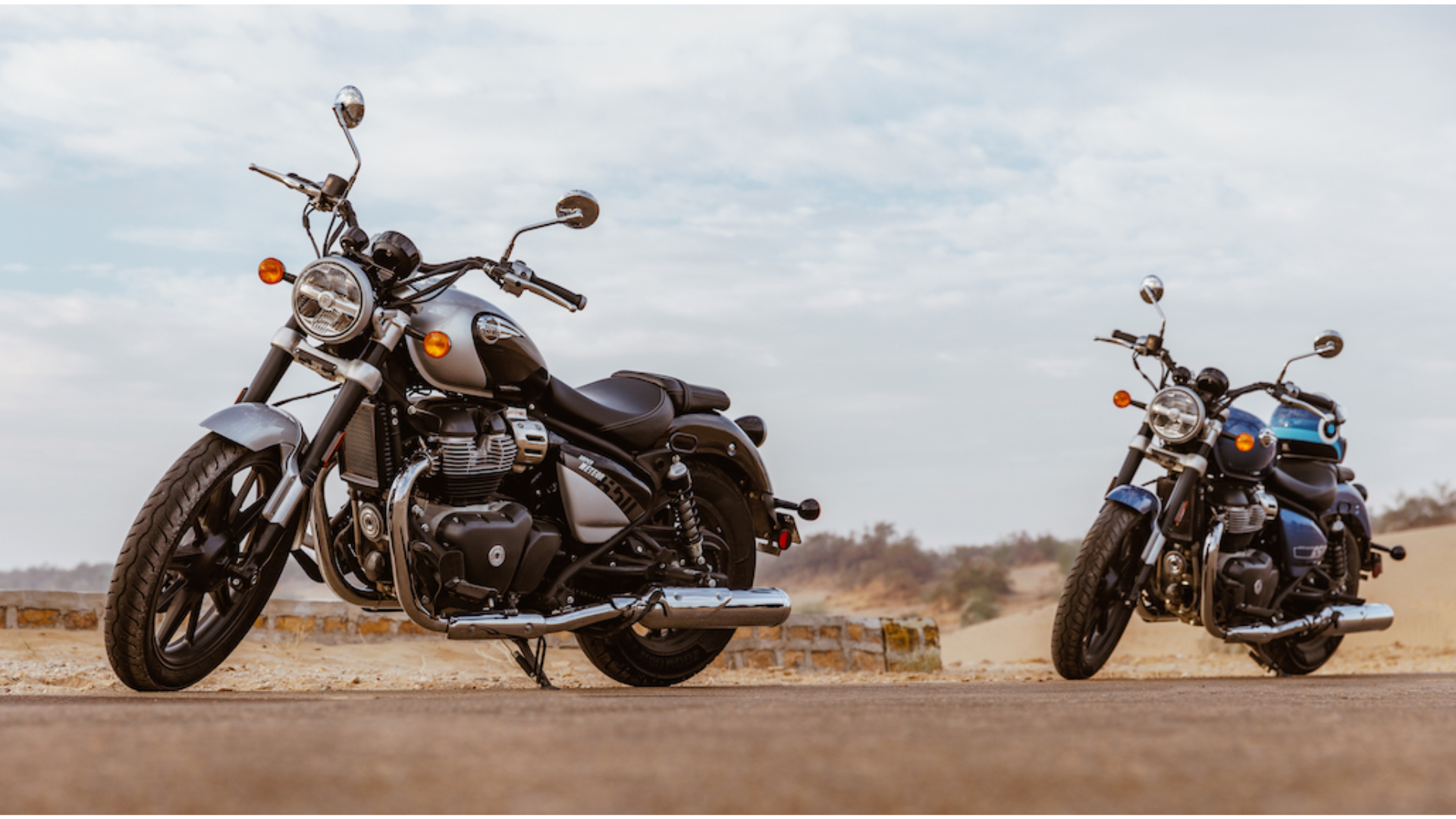 Royal Enfield has already experimented with 650cc Cafe Racer and Scrambler in the past. Thankfully, both of them were a huge success in no time. The current scenario is that people are changing rapidly and catching up with the trend is something most of us are looking forward to. Even brands cannot deny the fact that ‘Customers are King’ and thus, matching the pace with respect to this change has become vital for the entire auto industry. Keeping all this in mind, Royal Enfield has launched their new product called Super Meteor 650 in India with a price tag starting at Rs.3.49 Lakh (Ex-showroom, Delhi) onwards.

Wondering what the all-new Royal Enfield Super Meteor 650 offers? Let’s have a look at the details related to the bike down below.

Royal Enfield Super Meteor 650: What’s stored in for us?

The engine and platform of the Royal Enfield Super Meteor are derived from the older 650 twins. However, to differentiate, the Indian bike manufacturer has introduced a new cruiser body on this bike with a circular headlamp, large fuel tank, dual exhausts and ergonomic seating as standard. Other features from the latest Royal Enfields have also made their way on the Super Meteor and to name a few, this one is loaded with a Tripper Navigation system, twin-pod instrument console and USB ports to name a few.

Available in two different variants named Standard and Tourer, there are seven different paint schemes available for sale. To make the Tourer version a little more reliable, the brand is set to offer a windscreen, pillion backrest and model-specific seat as additional accessories.

At the heart, RE Super Meteor is available with a 648cc parallel-twin, air-oil cooled engine and specified by Royal Enfield, it will produce a massive 47 horsepower and 52.3Nm of peak torque while being paired to a 6-speed gearbox. Surprisingly, being based on a steel tubular frame, this one sits on a 43mm US telescopic fork upfront and twin shock absorbers at the rear.

Bookings for Super Meteor at the dealership level have already started and the deliveries for the same will begin in February as confirmed by the PR team of the brand. Royal Enfield is also affirming that the bikes will reach European shores by March 2023.