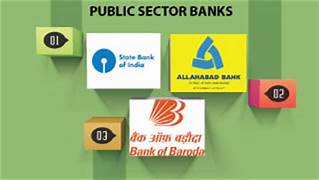 Privatization of Public Sector Banks: How far will it helpful?

The Indian Government is looking towards the privatization of Public Sector Banks as a good option to make the sale attractive, to give relaxation to RBI from the ownership in public sector banks. The sources said that the Prime Minister’s Office (PMO), the finance ministry and RBI are having a discussion on what level of stake should be retained after privatization.

Under the guidance of retired bureaucrat P K Mohanty, The Reserve Bank of India has set up a committee which will review the guidelines for private sector banks to bring the on a level with “international practices as well as domestic requirements”. This committee is supposed to deliver its report within a week. 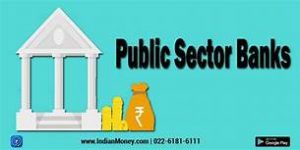 The Finance Minister Nirmala Sitharaman announced the merge of 10 banks into four which came into force on 1st April, 2020 in banking sector reform in India. After its implementation, the total number of Public Sector Banks (PSBs) in India has reduced from 27 banks in 2017 to 12 banks in 2020.

In a research paper, Indian Banks: A Time to Reform, Raghuram Rajan and former deputy governor of Reserve Bank of India Viral Acharya have argued for the privatization of Indian public sector banks. They said that during the situation of this pandemic of coronavirus, India cannot afford to fund its banks. So that’s why Indian banks should be privatized and their handling should be given from banking system to investors.

Raghunath Rajan and Viral Acharya pointed out three-part process towards the privatization of public sector banks. The first step is to re-privatization of those state linked banks where government stakes are brought down below 50 per cent and this change in ownership will result into rapid credit growth, as suggested by the authors of this research paper. It is also noted in the paper that the government is granted enormous power from controlling bank lending, so the ownership will be given to private investors. The other important thing to be kept in mind is that the issue of Non-Performing Assets (NPAs) in public sector banks should be addressed sensibly through legal measures.

The paper also said that these measures have helped some public sector banks to come out of the regulator’s critical purview and the bank credit grew by only 13.4 per cent in 2018-19 and 6.1 per cent in 2019-20. 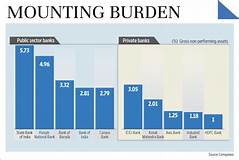 Due to COVID 19 crisis, privatization of public sector banks during the current fiscal year is so unlikely as Public Sector Banks have their low valuations and mounting stressed assets. Four public sector banks are under the RBI’s Prompt Corrective Action (PCA) framework, which has put a lot of restrictions on Public Sector Banks from lending, management compensation to directors’ fees.

Though privatization of public sector banks can be proved a blessing, as told by Rajan and Acharya, but it shouldn’t be ignored that foreign investors will work to operate interest in their shareholders, not for the benefit of the country. In short, The proposal of privatization of PSBs is for the steady takeover of Indian banking by foreign shareholders.