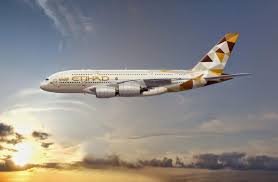 Gulf based airline Eithad Airways might not extend help to Jet Airways and is likely to withdraw from the proposed debt resolution led by SBI led consortium as per some people in know of the development. Also, Etihad Airways might be seeking an exit plan and will be selling its 24% stake in carrier which will surely give major jolt to the resolution plan under consideration.

Meanwhile as per media reports Jet Airways founder-Naresh Goyal and his son Nivaan Goyal took a flight to Doha and have given a presentation to Qatar Airways global CEO Akbar Al Baker.

The Etihad Airways decision has been conveyed by its CEO Tony Doglous to State Bank of India (SBI) chairman Rajnish Kumar in a meeting on yesterday. Although, the developments have not yet been confirmed by any party and both parties have not yet commented on the on going developments.

Now, with the likely exit of Jet Airways’ foreign partner Etihad Airways the carrier is searching for a new international partner and investor. As per market speculations the new partner could be Etihad’s rival Qatar Airways.

Earlier, in the month Naresh Goyal, the founder of the cash-strapped Jet Airways has sought an urgent funding from the its foreign partner Etihad Airways of ₹750 crore, citing “the very precarious” condition of airline which has forced the airline to ground about 40% of its fleet. The airline seems to be in a downward spiral, due to lack of liquidity and rising debt. Now after the denial of Jet Airways to infuse funds and take part in any debt resolution plan the chances of it have become more bleak.