The Indian Wire » Banking » SC warns RBI of contempt of court, sets 7-day RTI deadline to comply with its order The apex court on Tuesday ordered the banking regulator, Reserve Bank Of India (RBI) to comply with its previously issued ordered- to make public its bank inspection report under the Right To Information Act (RTI ), thus introducing transparency in its functioning. The court further ordered the RBI to comply with its order within 7 days RTI deadline or be ready to face contempt case.

A two judge bench of Supreme court, comprising justice L Nageswara Rao and justice M R Shah reminded the banking regulator that in 2015 it gave order to banking regulator to be more transparent and take actions against those lenders who have been practicing “disreputable business practices”. Supreme Court raps up RBI over its non reluctance for not making public its bank inspection report and lack of transparency.

“We will haul you up for contempt if you do not reconsider your decision. We are giving you one week’s time to take a decision or we will pass order against you,” the bench told the RBI counsel.

To this senior advocate appearing for RBI contended, the reports contain confidential details about the banking system and it is not possible to make public the entire report.

He also added that the court’s earlier verdict did not direct to disclose the entire report and that the judgement should be re-examined. He also contended that RBI has formed new policy pertaining to this after the SC verdict in 2015.

To which the court said that it wont go for re-examining the case again and would decide the contempt petition against RBI believing its earlier order to be true. On the new policy, it said that the new policy is also contrary to its earlier issued order and must be changed to comply with its judgement.

Advocate Pranav Sachdeva and Govindji, representing RTI activists who filed contempt petition against RBI, said to the court that the central bank failed to abide by the court’s order and now court should direct RBI to comply with the 2015 verdict.

The Supreme Court in its earlier judgement said, “We have surmised that many financial institutions have resorted to such acts which are neither clean nor transparent. RBI in association with them has been trying to cover up their acts from public scrutiny. It is the responsibility of RBI to take rigid action against those banks which have been practicing disreputable business practices.” 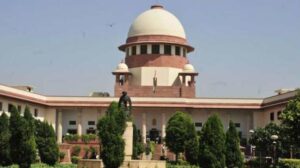