Income-tax department has served notices to over 200 startups and unlisted companies for selling preference share with huge premiums.

Unlisted companies and startups, who are either subsidiaries of bigger companies and multinationals or raised investment from the bigger counterparts, are under Income tax radar for possible black money laundering. The department has identified 200 such cases and has served them notices in the month of August, two sources close to the development revealed.

The transactions which are under the radar, include raising funds by these startups and companies through preference shares and quoting much higher values of the shares than the fair market price value. The notices to all such firms in question have been served by the investigation arm of income-tax department under section 56(2)(vii)(b). This section comes into the picture over the suspicious record of a company where it is predicted that the company might be issuing preference shares at a premium much bigger than the fair market price. This practice is often implemented to circulate the unaccounted black money and to put that back into the system through legal ways.

The method of calculating fair market price includes calculating past transactions and then comparing it with the track record of companies working in a similar domain with similar turnover/time frame.

The move of income tax to target such transaction hasn’t been well accepted by the industry stakeholders. In a lot of cases, the value of share might be influenced by factors such as past track record of the founders and also, the upcoming possibilities in the sector. In such cases, shares are often issued with a huge premium. Also, with the growing startup culture, the investors do invest big amounts to create a trend in a particular niche. Targeting the startups on the basis of just one such transaction is being termed as unfair by a lot of industry veterans aware of the development. 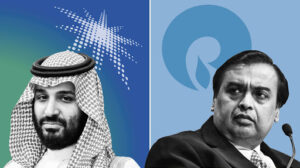