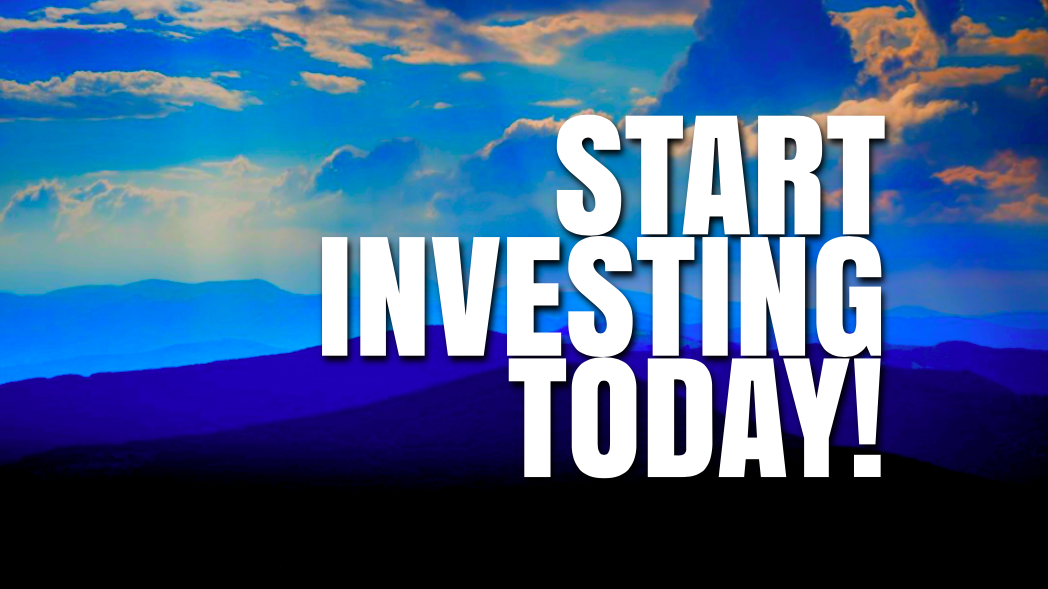 Everyone knows that investing is something they should be doing, but it is a sad reality that less than 1.5% of Indians invest in securities and a mere 2% invest in equities according to a Bloomberg report. This is in stark contrast with competing economies like China and the United States which stand at 10% and 18% respectively.

The preconceived notion about the stock market which most of us have pertains to volatility and the mentality to get drawn towards a ‘get-rich-quick’ scheme. If something is too good to be true, it most certainly is. Now, stock market is not a scheme of any kind. Nor does the average investor need to finance savvy to do it. With the technology we have at our disposal today, almost everyone can invest. And if you, the younger generation can not catch on with the trend you are not only not at par with your global peers but disadvantaged and actually losing money the longer you hold onto it.

Still not convinced, read on.

So you are scared that the money you put in the market, you will end up losing it. Well that’s just not the case. Historically, market has always grown. To put that growth into perspective, SENSEX reported a +97.31 % growth over a 10 year investment period, similarly the BSE’s Consumer Durables (BSE: CONS DURBL) reported a staggering +357% growth over that same period. Comparing that to the safer and more popular alternative, Fixed Deposits which us Indians are obsessed with will max out at 9.40%.

But again, the question of safety comes into picture right?

With equities like Index funds, investing has been made safer. That is because of the sheer distribution of the asset class. For example, the S&P 500 index (INDEXSP: .INX) which is currently trading just over $ 3,110 is the accumulation of the 500 best performing stocks.

Even at a glance we can observe the sheer dominance of green tickers on this map. Those are all stocks which have shown growth over time. That is the dominant assurance that even if one or more companies fail, there will be others to cover the loss thus generated.

Now, I mention index funds because it is one of the ways to invest which makes sense for a complete beginner. Obvious downsides to Index funds happen to be the sheer lack of profits in the short term. Well to mitigate that we have something called Dividend Paying Stocks.

These are the financial instruments which take a bit away from your capital appreciation to pay out regular dividends. These are more often than not, large cap companies which have an established track record of distributing earnings back shareholders. I cannot overstate the value of this asset class. To put it into some sort of perspective, billionaire investor Warren Buffet’s portfolio has 48 stocks as of the time of writing this article. Out of those, 75% were dividend stocks.

Now one must not consider these dividend payouts to be some sort of salary. No, these are to be introduced back into investment and hold the portfolio. Continuing Buffet’s example, he earned over $ 4 Billion in dividend alone last year.

Even in the Indian perspective it is an lucrative undertaking, for example TCS ( NSE : TCS ) which is considered to be one of the safest securities to buy declared an equity dividend of 7300% which translates to ₹ 73 per share at the current stock price of ₹ 2091.55 which gives an effective yield of about 3.5% and the capital appreciation. That is lucrative.

All of this goes on to show that investing in capital market is not always as risky as some people perceive it to be.

You might have heard about the fact that Jeff Bezos famously pays $ 0 in taxes. Now I cannot ascertain the authenticity of that statement but what I can say is that you can achieve that figure, well almost.

Taxation in India is governed by the Income Tax Act 1961. Section 80 C which is titled-

This happens to be one of the only ways you can save on income taxes. Although the yearly tax benefit is only ₹ 1.5 Lakh but the returns ( 15% – 18% ) on some of the Equity Linked Savings Schemes are %-lucrative enough to pass on such opportunities.

If however one is on the lookout for better opportunities to save on income, you must take a look at Dividend Stocks. Yes, we talked about it earlier too but turns out that you have to pay taxes on dividend income only if said income is over ₹ 10 Lakh and that too a mere 10% which doesn’t include a 4% health and education cess amounting to a net 6%.

The government also rolled out its policy on Investment Credits which has been in effect since the last financial year and deems an individual to be eligible for tax rebate under section 87A of up to ₹ 12,500 if the net taxable income is under ₹ 5 Lakh.

Now it is no wonder that negative interest rates are catching up worldwide. As we discussed in our article on the same, the focus of governments have shifted to encourage spending. RBI on 22nd May slashed the repo rate by 40 basis points which now stands at 4$ and reverse repo rate at 3.35 %. India’s largest public sector bank, State Bank of India has lowered interest rate on savings account to a mere 2.70%.

Keeping the aforementioned figures in mind, we must take a look at IMF’s forecast into India’s Inflation rate which hover at 4%. Any idea what this means?

Quite simply, by keeping money in savings account you are losing about 2%. I.e. a 2% capital depreciation. And with the global macroeconomic conditions in a downward spiral, these figures are going to look worse.

But why invest if the market is in a downward spiral you ask?

Well, this is the perfect time to make an entry into the market just because it is in a downward spiral. Heck, it is the strategy used by Warren Buffet and if something is good enough for the best investor of all time it is good enough for us.

To make the best use of a bearish market you must understand the company’s long-run competitive advantage along with.

That is just a gist of his expansive theory on investments. However, what does make sense in this whole fiasco is that you must have thorough understanding of the business and the market. That will vastly help you make safe and secure investment choices which gives you a capital appreciation that you deserve with your hard earned money.

I just want to point out that investments are more than just a means to make money. You are supporting businesses of your nation by giving your capital to expand their operations. One must take immense pride in the ability to perform such deeds. Now obviously, investment is not for everyone. But you the future of this nation deserve to explore and make the best choices for yourself when it comes to your hard earned money, doubly so these days.

The information contained herein is generic in nature and is meant for educational purposes only. Nothing here is to be construed as an investment or financial or taxation advice nor to be considered as an invitation or solicitation or advertisement for any financial product. Readers are advised to exercise discretion and should seek independent professional advice prior to making any investment decision in relation to any financial product. The Indian Wire or it’s affiliates, nor the author of this article bears any liability for any decision arising out of the use of this information.