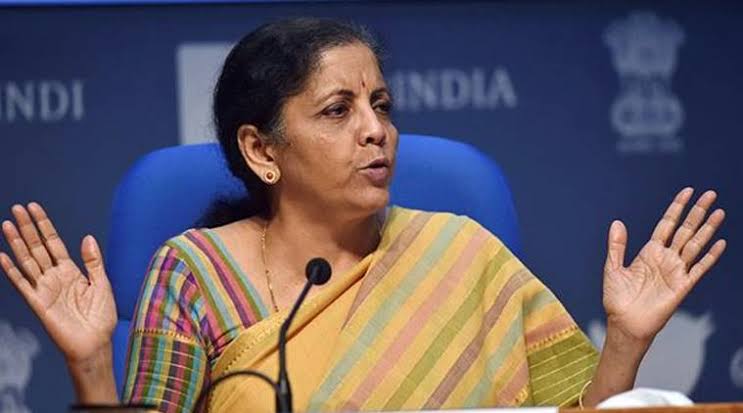 Finance Minister Nirmala Sitharaman in her Press Conference on Sunday claimed that under PMGKY package, money support of Rs. 3,360 crore had been given to PF account holders. It benefited 12 lakh members of Employees Provident Fund Organisation (EPFO).

Under Pradhan Mantri Garib Kalyan Yojana (PMGKY) of the central government, EPFO on March 28 had permitted formal sector workers to withdraw non-refundable advance from their retirement savings to help themselves deal with the economic fallout of coronavirus induced lockdown measure in India.

An urgent notification was made by the government to introduce a Para 68 L (3) of the EPF scheme. Under which a provision was made to help employees covered under EPF, allowing them to withdraw the non-refundable amount from their EPF accounts to the limit of their basic wages and dearness allowances or 75 per cent of the standing credit amount in the EPF account of their holding, provided whichever is less.

After official permission was granted to formal sector employees through this notification, to make claims for special withdrawal from EPF ( Employee Provident Fund) scheme under the PMGKY, a total of 12 lakh claims were made by EPFO members.

And in the past two months of period, a total amount of Rs. 3,360 crore had been allowed to be withdrawn by these 12 lakh members of EPFO, after these claims for getting non-refundable withdrawal advanced amount from their retirement savings got settled by the PMGKY of government. This had helped these beneficiaries to get some financial relief from the current economic crisis perpetrated by both the coronavirus pandemic and subsequent lockdown measure by the central government to contain it’s spread. Though any future relief packages to employees are unlikely to be announced now by the government.

Polish casinos to remain closed until Jan. 31 due to COVID-19

17,072 beneficiaries vaccinated in 6 States on Day- two: Ministry of Health and Family Welfare