KOLKATA: On Monday, Indian telecom giant, Bharti Airtel announced that in a bid to boost its network performance, for the upcoming age of 5G and edge computing, it has chosen American multinational technology company IBM and Red Hat to build, for it, a new telco network cloud. This new cloud network is designed to be more efficient while reducing latency and improving bandwidth availability. Moreover, its built to be flexible and future-ready to support Airtel’s core operations and enable new digital services for its customers. Airtel is hoping that this new partnership may help it be more competitive against its primary rival, RIL’s Jio Infocomm.

Under this new agreement, Airtel will be able to build its next generation core network, analytical tools and new consumer and enterprise-level services on the backbone of IBM and Red Hat’s portfolio of Hybrid Cloud and cognitive enterprise capabilities. “Airtel aims to adopt an open cloud architecture that uses Red Hat OpenStack Platform for all network workloads and Red Hat OpenShift for newer containerized workloads,” the company said, in a statement.

Red Hat’s industry-leading open source technology became part of IBM last year after completion of a $34 billion deal. Airtel intends to tap into this ecosystem of network OEMs. In the future, Airtel’s open hybrid cloud platform is expected to help enable new revenue streams with the on-boarding of third-party services including gaming, remote media production and enterprise services. By embracing IBM and Red Hat’s hybrid cloud technology all the way to the network edge, Airtel aims to achieve improvement in time-to-market of services, reduction in operating expenses (opex) and reduced capital expenses (capex).

“As part of our endeavour to build a 5G ready network for India’s requirements, we are pleased to collaborate with IBM and Red Hat in our cloud journey…Our goal with this powerful, seamless horizontal approach is to make our network future ready and enable Airtel to efficiently serve the massive surge in data consumption,” Randeep Sekhon, chief technology officer at Bharti Airtel, said in a separate press release.

India’s data consumption is expected to grow at a compounded annual growth rate (CAGR) of over 70% by 2022, according to industry analysts. Adopting a modern hybrid cloud architecture enables communication service providers (CSPs), like Airtel, to deliver more responsive networks that tap into automation and AI to address growing customer needs and deploy new services at the right location and network tier.

The network cloud that IBM and RedHat provides will position ecosystem partners, including B2B and B2C application developers, to create value-added services, including new edge-based offerings. The multicloud platform and end-to-end intent-based lifecycle management will help roll out these services faster on the network cloud and seamlessly integrate these services with current fulfilment, assurance and billing processes.

Additionally, the network cloud is embedded with AI, designed to facilitate automation in onboarding and improve monitoring and predictive capabilities for different services from the network equipment providers.

To this end, IBM and RedHat have been in partnership with Vodafone Idea, one of Airtel’s competitors. That partnership had helped enable and enhance Vodafone idea’s IT and network applications which have been running on the common cloud architecture provided by IBM.

“The creation of this cloud will help Airtel create new services and capabilities and will also enable it to monetise their 4G much faster besides preparing for 5G,” Sandip Patel, General Manager- IBM India/South Asia said to the press, in regards to this partnership.

Meanwhile, Steve Canepa, Global Managing Director, Communications Sector and Worldwide Head of Telecommunications, Media & Entertainment Industry, IBM, said, “Through its collaboration with IBM and Red Hat, Airtel will be building a modern, innovative and more responsive network infused with automation and AI, that will provide the consistency and agility needed for today’s rapidly changing marketplace.”

Just last week, IBM had unveiled several multi-cloud offerings that run on Red Hat’s Openshift, a cloud computing platform as a service that can work in tandem with the Kubernetes platform.

Sanchit Vir Gogia, Founder and CEO, Greyhound Research said that the new deal with is a testimony by Bharti Airtel’s to its network, its partner-led model and most of all its focus on delivering superior customer experience.

“For all three telcos, the battle has shifted to consumer data, apps and enterprise services where there is a lot more money to be made compared to traditional voice Services. But in this new turf, the winner is decided on a key metric – the one that delivers better customer experience which further depends on parameters like network availability, overall performance and 5G readiness,” Gogia said.

Even though neither of the companies revealed the exact cost of this deal, Gogia commented, “the value of both Airtel and Vodafone Idea cloud deals will be around $100 million.” 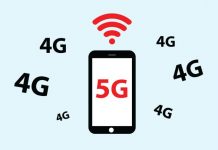 “Today Is A Landmark Day For Our Company. We Are Redifining The Future Of IBM.” Says CEO Arvind Krishna As The Company Plans To...