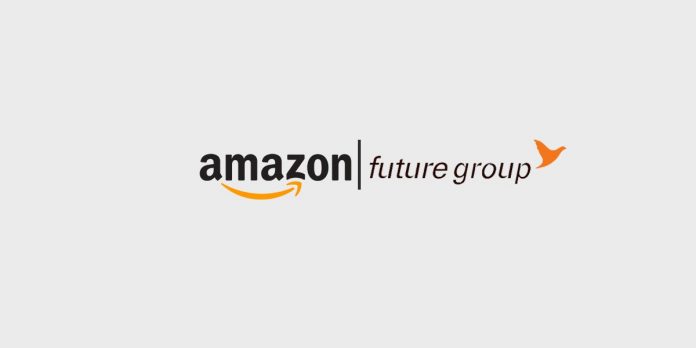 Amazon has sent a legal notice to Future Group as they claim that the company has breached an agreement that had been made between them when they sold a substantial portion of their business to Mukesh Ambani’s Reliance Retail Ventures Limited.

Back in August, the Future Group had sold off a large portion of their retail and wholesale business to Reliance Industries’ retail arm Reliance Retail Ventures Ltd. Reliance had also acquired Future’s logistics and warehousing business to increase their capabilities in the retail segment as they look to grow their business. The deal was finalized at $ 3.4 billion.

Amazon had an agreement with Future Group from beforehand. Amazon, the American retail company which is a rival to Reliance Retail, had acquired a 49% stake in Future Coupons, a group entity owned by Future Group’s retail business. This deal meant that Amazon had a 3.58 percent stake in Future Retail. During the filing of that deal, Future Group had also stated that this deal would assign power to exercise the right of first refusal to purchase more stake in Future Retail both directly as well as via entities to Amazon. News agency ET Now, who first reported about the legal notice also said that the agreement between Future and Amazon also restricted the Indian firm from entering into a deal with certain firms.

Amazon had confirmed that they had sent a legal notice to Future Group. However, the American based company did not elaborate as the matter is “sub judice.” Reliance Retail and Future Group did not comment on the news when approached.

The legal notice has startled the onlookers who are following the growth of Reliance Retail closely. Reliance Retail has attracted several investments from multiple multinational companies around the world among which Amazon is also believed to be preparing to acquire a multi-billion-dollar stake in Reliance Retail. Reliance retail is being seen as the largest retail business in India. Amazon who already has a huge presence in the retail business of the  Indian market through their online store, they are now trying to introduce themselves in physical stores and chose Reliance’s retail venture to make it possible. It is also seen as a sensible move in India as a huge portion of the society depend on physical transaction. Amazon via its e-commerce site commands only between 3 -7% of all retail sales in India. Amazon had started its business in India back in 2013 and since then has invested more than $6.5 billion in its local business in the country.

Future Group had started its business as a stonewashed-fabric seller in the 1980s. They had built a chain of a network which enabled them to serve over a million customers through more than 1,500 stores in more than 400 cities as of earlier this year.

Reliance Retail Ventures Limited is the retail chain that is run by the managing director and chairman of Reliance Industries Ltd, Mukesh Ambani. The billionaire, who is the fourth richest man in the world and the richest man in the country, is looking to take the retail sector of the country by storm by growing their retail sector. For the last four years Reliance had their sole focus on the telecom sector as they had introduced Reliance Jio. Jio, the youngest member in the Indian telecom industry had grown up to be India’s best network in terms of a number of users. The network provider attracts lakhs of users every month from its rivals.

The retail arm which was founded in 2006 serves more than 3.5 million customers each week as of early this year. The company contains nearly 12,000 physical stores in more than 6,500 cities and towns in the country.

As they now look to grow their retail arm, they have already raised about $ 5.14 billion by selling about an 8.5% stake in its business to Silver Lake, Singapore’s GIC, General Atlantic, and others in the past four weeks.