In 2012, Reliance Infrastructure was named contractor for the DVC’s 1200 mw coal-based power project in Raghunathpur, West Bengal as the engineering and other development works.

There is no fresh tussle between the Reliance Industries of Anil Ambani and the state-owned Damodar Valley Corporation. In 2014, the latter had decided to knock the door of the Supreme Court against the former, after Reliance Group did not pay DVC its debt of sum of ₹900 crore. Also in 2013, the Economic Times reported that DVC had moved to the top court for due settlement of similar non-payment.

DVC which is stepping into its 72nd year has been asked by the tribunal to pay 896 crore to RI, the arbitration tribunal directed the former to return the bank gurantees of 354 crore within a month, and if delayed, pay additional 15 per cent interest per annum.

The returns, the company said, will be utilised to pay money lenders and pay off the obligation of the organization.

Adhering to the Niti Aayog directives, Reliance Infrastructure will ask DVC to pay 75 percent of the arbitral award against bank guarantee instantly, the company said.

DVC has been a dream project of Dr B R Ambedkar and he played a crucial role to develop the Damodar valley. After it came into existence in July 1948, it became the first multipurpose river valley in the country after the British left India in 1947. 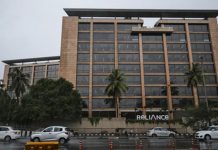 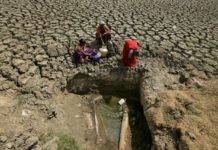 Water Warriors of India : Impacting future with a fluid difference