The Indian Wire » Business » Apple Inc. nears the 2 trillion mark: Lets see what it means and how the company achieved such highs 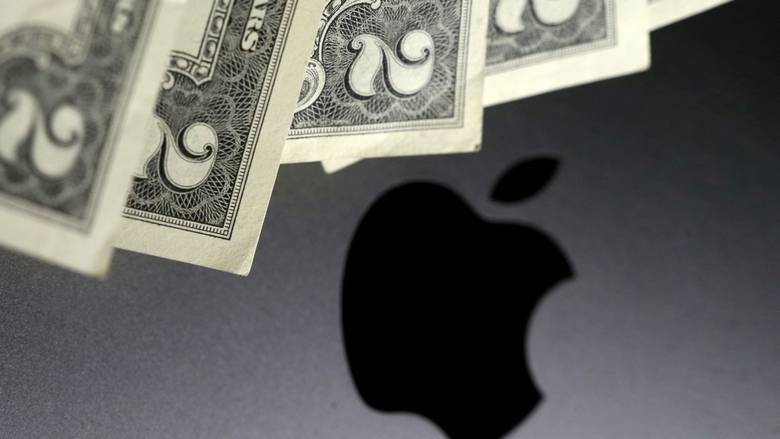 With a $300 billion gap from Microsoft (MSFT), Apple is nearing the 2 trillion mark in market cap with every passing minute. Microsoft falls back behind Apple and is the second-largest US public company, according to market cap with Amazon.com being a close third.

The only other trillion-dollar company is Google’s parent company, Alphabet. Apple has made itself $900 billion larger than Alphabet. Currently, Facebook, Alibaba Group Holding, and Berkshire Hathaway are the next three largest US-listed companies. Apple’s valuation is nearly as much as the combined valuation of those companies.

Saudi Aramco, the only company that boasts a larger market valuation than Apple at 1.93 trillion dollars is barely public. The company trades in the Saudi Arabia trade market and is not listed in the US.

Given that Apple is the largest market capped company, it is no wonder that the company’s shares have the most weighting stock in the S&P 500. IBM in the early 1980s made a record of reaching 6.4% in the index. Apple shattered the record to become the single most weighting company in the history of the S&P index as it reached a 6.5% mark. This brought down the 40-year-old record of IBM.

The world goggled as Apple Inc. became a trillion-dollar company back in 2018. Now with the latest rise in its fortune, the company is nearing to surpass the market value of all the combined Russell 2000 small-cap index companies which stands above $ 2 trillion.

Data from Jones Indices and Bloomberg point out that Apple Inc currently comprises a market capitalization of $1.875 trillion. Just 7% short of 2 trillion.

The wonder is, the company is still able to fly high during the pandemic when most of the companies around the globe are struggling to cope up. The boost in the value which could not be foreseen was due to larger demand for the company’s products like iPhone, Mac, and iPads during the COViD-19 lockdown period.

It is predicted by Tom Forte at D.A. Davidson & Co. that the stock will rise to $480 a share in the upcoming years. This will represent a 9.4% gain from current levels and will see their market cap landing at $2.05 trillion, Bloomberg reported.

The stock added $570 billion in value this year and hiked 18%, which is the most for the company since 2009. On nearing 2 trillion marks Apple also has announced, for the fifth time in the company’s history, a 4 for 1 stock split. The split will happen on August 4th. This means, for every one stock of the investor, it will turn into four stocks. The price value of the stock will also be reduced by four times. For example, if now the stock price is $400 and an investor has one stock. It will be turned into four stocks of $100.

Apple said that this split will have no impact on the market and will have more appeal to a wider section of investors. With lower pricing, it will attract more people to invest in the company.

Previously, Apple has done stock splits in 1987, 2000 and 2005. All the three splits had been 2 for 1. In 2014, Apple Inc did a 7 for 1 stock split. Though Apple has turned to this strategy multiple times over the years, Amazon has not made a split in its history. This is due to another line of thought that the companies have which says that higher-priced stocks attracts long term and steady investors reducing volatility in the market.

Apple is currently the highest-priced stock in Dow Jones and a move in the price will move the Dow Jones industrial average a lot. After the split, this will not be the case as the price of apple’s stocks will the quartered. UnitedHealth will take Apple’s position at the top of the Dow Jones’ charts.

Though being a reputed company, some market watchers are questioning the sustainability of Apple’s rise according to Bloomberg. The most worries come as the company has seen the rise with no notable introduction of products which might hint that the rise is parabolic and will come back down, as commented by Matt Maley, chief market strategist for Miller Tabak. The company has also faced antitrust hearing in the past weeks and many believe the company is too big for its own good.

iPhones are still the main product of the company. The company has also come a long way to be the dominant player in the wearables business. They also produce iPads and MacBooks, which add to their share. With effective pricing (though the people have started to question that) and a lot of customers who do not want to get out of apple’s ecosystem, the company keeps on shining. Tim Cook once again has proved himself capable of leading such a vast company. Since August 2011 (when he took over the company from Steve Jobs), the company’s shares have gone up by 725% and he is the person behind Apple being able to fly so high. We might be seeing Apple soar higher in the coming years.