On Friday, Enforcement Department (ED) made an announcement on provisional attachment of immovable assets of worth ₹ 122.15 crore which was done under the Prevention of Money Laundering Act, 2002 (PMLA) in a bank loan fraud case. These assets belong to Deccan Chronicle Holdings Limited (DCHL), its two promoters- T Venkatram Reddy and T Vinayakravi Reddy, and to a benami company floated by them.

In this case, the immovable assets consist of 14 properties located in New Delhi, Hyderabad, Gurugram, Chennai, Bengaluru etc. And, the main point is that all these attached assets are not covered under the National Company Law Tribunal (NCLT) process. The announcement of ₹ 122.15 crore made yesterday is the second attachment in this fraud case and after adding the previous amount of attached assets, the total amount comes to ₹ 264 crore. 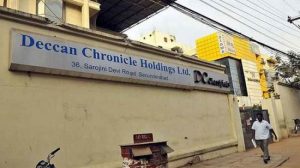 The investigations against the fraud case of Deccan Chronicle Holdings Limited (DCHL) and its management were initiated by ED in 2015, based on six FIRs and corresponding charge sheets filed by CBI, BS&FC, Bangalore, CCS Police and a prosecution has also been filled by SEBI. The total loan fraud committed by DCHL and its two promoters is estimated to be around ₹ 8,180 crore and it is currently under the CIRP process in which NCLT has approved a resolution plan of ₹ 400 crore.

ED said “The investigations conducted under PMLA revealed that the three promoters of DHCL, namely PK Iyer, T Venkatram Reddy and T Vinayakravi Reddy, hatched a well planned conspiracy and manipulated the balance sheets of the company inflating the profits advertisement revenue and grossly understand the financial liabilities of the company to paint a rosy picture of years to cheat the bank and its shareholders.”

Apart from that, ED also added that over the years, Deccan Chronicle Holdings Limited (DCHL) has availed credit facilities of more than ₹ 15,000 crore. Through investigations, it is also revealed that most of the loans were cyclically went through group companies and then diverted back to pay old one loans.

These loans were taken by DCHL for working capital requirements and business needs of the company. But these loans were invested into new projects without the consent of the banks and they got losses. The other substantial amounts out of these loans were diverted into subsidiaries and which have also not done any kind of legitimate business. Some was also diverted into the proprietary concerns of the two ex- promoters, T Venkatram Reddy and T Vinayakravi Reddy, without having any proper accounting before payment. 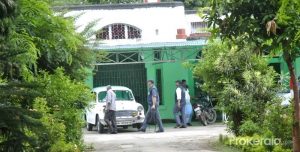 The ED has sized high end vehicles which were registered in the name of DHCL. ED has also found that the two promoters of DHCL are re- purchasing the mortgaged assets at discounts through various private treaties.

The net of amount of loss caused to banks is estimated ₹ 8,180 crore including the unpaid loan of approximately ₹ 3000 crore. Under the Prevention of Money Laundering Act, 2002 (PMLA), ED has identified provisionally attached assets of total amount ₹ 264.56 crore. This case of bank fraud is under progress and ED is doing further investigations.