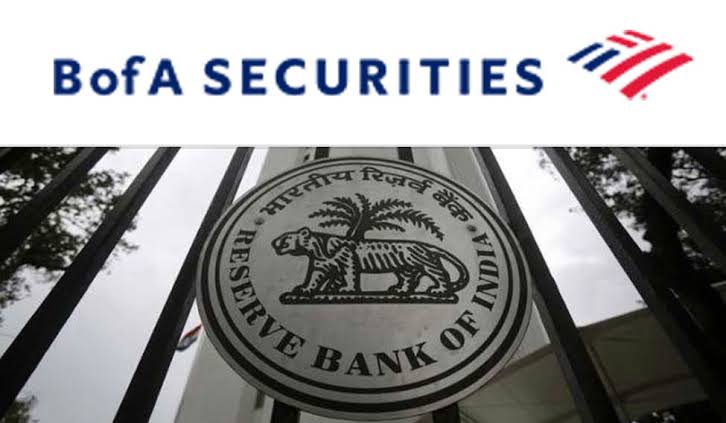 On July 9, BofA Securities, a foreign brokerage firm said, “India’s GDP will contract by 3 per cent in FY21 because of the coronavirus pandemic, assuming the economy is opened up fully from next month”.

It, however, predicted the contraction to go as high as 5 per cent in case the crisis remains longer than expected.

It added, “the RBI will monetise the fiscal deficit through the purchase of government bonds of up to $95 billion through open market operations, and its revaluation reserves of $127 billion may also be used to recapitalise state-run banks”.

BofA Securities’ India economist, Indranil Sen Gupta said, ” The strict lockdown in April and May had a 3 percentage points impact on the annual GDP, and subsequently with the limited opening up, the monthly impact has gone down to 1 percentage point per month. India’s GDP growth decelerated to 4.2 per cent in 2019-20, the weakest in over a decade. The growth potential is over 7 per cent. GDP growth will come in at 9 per cent in FY22 on the lower base. For two fiscal years (FY21 and 22), the growth will come at an average of 3 per cent, which would mean that the COVID-19 pandemic has set the Indian economy back by a year. The biggest strength for India at present is the over $500 billion in forex reserves which have been accumulated by the RBI over some months, and it is due to this kitty that the country is not being bracketed with other emerging economies by the markets at present”.

He added,” Rural sector also is a relatively bright spot because of better monsoons which will deliver a normal harvest for the summer crop and also the lesser instances of COVID-19 infections”.

He estimated the agriculture, forestry and fishing sector to witness a 3.5 per cent growth. And said, “However, on the flip side, India has a large population, limited healthcare infrastructure and has opened up the economy when the infection curve was rising, leading to tripling of cases in a month”. He commented that this is the biggest weakness at present.

He added, “The RBI will cut rates by 0.50 per cent by October in the base case, and if the economy contracts by a higher level of 5 per cent, the cuts will total up to 1.50 per cent more by December. However, the rise in the real rate of interest because of stiffness in the wholesale price inflation is a matter of concern”.

According to him, “Indian banks need over $7 billion in recapitalisation support, which will make sure that they continue to lend”, adding, ” Bankers should desist from shying away from lending due to concerns of NPAs in future. Given the difficulties in arranging the finance, the government can look at RBI’s revaluation reserves to be deployed into bank recapitalisation”. He commented that this move is, “the best option given the circumstances as it does not put any pressure on the fiscal situation”.