Ed-tech giant, Byju’s, on Tuesday announced a new round of funding led by private equity firm Silver Lake. The round included the participation of existing investors Tiger Global, General Atlantic and Owl Ventures, the fund raised is expected to be around $500 million increasing the valuation to $10.8 billion.

The Silver lake’s investment in Byju’s takes the total fundraised by the company this year to $1 billion, including the investment by Tiger Global and General Atlantic in the Series F round. The ed-tech unicorn on 27th August 2020, raised $122 million funding from DST Global, the investment fund headed by tech billionaire Yuri Milner. Before this fundraise, in June 2020, Byjus had secured another $100 million from US technology investor Bond.

“We are excited to welcome a strong partner like Silver Lake to the Byju’s family,” said Byju Raveendran, Founder & CEO, Byju’s in a statement. “We are fortunate to be in a sector of positive relevance during this crisis. This has brought online learning to the forefront and is helping parents, teachers and students experience and understand its value. Our classrooms are changing possibly for the first time in 100 years and I’m really excited about the opportunities that we have to redefine the future of learning.”

“We are delighted to lead this investment and partner with Byju’s and his impressive team of education technology pioneers in their mission to help children in India and around the world achieve their true potential,” said Greg Mondre, Co-CEO of Silver Lake. “We look forward to working with them as Byju’s builds on and accelerates its compelling growth trajectory by forging new partnerships and continuing to cultivate a comprehensive ecosystem of innovative educational offerings.”

Byju’ssupported the students in their learning journey during this pandemic. Byju’s made content on its learning app free for all students as a response to the closure of schools due to the ongoing pandemic. In the last few months, Byju’s entered the after-school learning space with the launch of Byju’s Classes, a comprehensive online tutoring program.

Learning platforms continue to raise funds in the pandemic

Since the nationwide lockdown was enforced, Byju’sadded 20 million new students on its eLearning platform benefiting from its free content. Today, the app stands tall with 64 million registered students and 4.2 million annual paid subscribers. Byju’s had doubled its revenue from Rs 1430 crore to Rs 2800 crore in FY 19-20.

During the pandemic period, other learning platforms like Unacademy, Toppr, and Vedantu have also raised funding. Recently, Unacademy raised $150 million in funding from Japan’s Softbank, valuing the startup at over 1.4 billion. EdtechstartupToppr raised $50 million ( ₹350 crores) during the pandemic period, while Vedantu raised $100 million led by New York-based hedge fund Coatue, valuing it at $600 million. 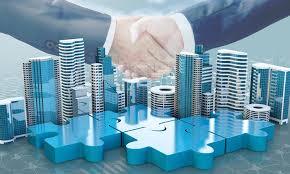 This acquisition is expected to help BYJU’s to expand further into the US market. WhiteHat Jr. had recently announced its plans to expand to other global markets like Canada, UK, Australia, and New Zealand (ANZ) after its growth in the US market. Now through WhiteHat Jr, Byju’s can reach these markets.

The vision of Byju’s includes empowering children with the right future skills. WhiteHat Jr’s coding product capabilities, combined with the teaching of Byju’s, expertise and scale, will help expand the learning offerings for school.

Under the leadership of Karan Bajaj, WhiteHat Jr has achieved phenomenal growth in India and the US in a short span of time. WhiteHat Jr became the market leader, by creating coding programs loved by kids.

BYJU’S is also looking to make significant investments in WhiteHat Jr.’s technology platform and product innovation while expanding the teacher base to cater to demand from new markets.

Allied Esports to sell its business and entities to Element Partners