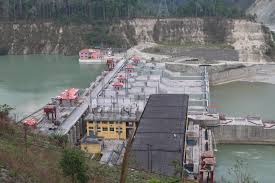 Finance Minister Arun Jaitley, said the CCEA headed by Prime Minister Narendra Modi, took the decision of NHPC’s take over Lanco’s Hydro-electric power project. Apart from this, Cabinet also said that NHPC has been allowed to spend ₹574.04 crore to complete the balance work at the project.

The hydro-electric power project would be completed with an estimated cost of ₹5,748.04 crore (at July 2018 price level). The project once finished would generate 2,400 million units of power with installed capacity of 500 MW (125 MWX4).

Teesta Stage-VI hydro-electric project is a run of river in the Sewani Village (Sikkim) to utilize the power generation potential of Teesta river. The project once completed would  help India to meet its growing demand of energy.