The Carmichael Coal mine controversy involving the Indian mining company Adani and the Indian public lender SBI is attracting attention from everywhere. The protestors managed to barge in Sydney Cricket Ground during an India-Australia match interrupting the game, to urge the Indian lender not to provide the loan to the company. Recently Samsung Securities, the investment arm of South Korean conglomerate Samsung, has also informed that they would not be providing financial backing for Adani Mining’s coal port in Queensland, Australia, and will not provide financial backing for any of the miner’s coal projects. This decision comes after protesters targeted Samsung over its ties to the controversial coal miner’s projects.

What is the Carmichael project?

The thermal coal mine situated in the Galilee Basin in Central Queensland is known as Carmichael. In June 2019, the project had been approved by the Queensland and federal governments. Thereafter, the construction started later that year. The mine is considered one of the largest in Australia. Adani informs once mining commences it will produce 10 million tonnes of thermal coal per annum.

However, the project is highly controversial. An Australian citizen has started the #StopAdani campaign to halt the project due to disputes over its claimed economic benefits, financial viability, and environmental damage. The protesters also claim that if the project starts, it would destroy the ancestral lands, waters, and cultures of Indigenous people without their consent. The project would also increase shipping traffic through the Great Barrier Reef heritage area and add around 4.7bn tonnes of carbon pollution to the atmosphere over its 60-year lifespan.

According to Adani, the protestors highly misinterpret the damages the mine would do to the environment. In a statement, the company said, “The project must comply with a strict regulatory framework to ensure groundwater is protected. The State and Federal Government approvals for the Carmichael Mine include around 100 different conditions relating to groundwater.”

They also added, “The mine’s approvals also include provisions to protect the Doongmabulla Springs, these state the water level in the springs cannot drop more than 20cm. We have been working closely with regulators over a very long period and provided scientific information about groundwater in and around the mine to inform how it is managed and monitored. This includes using data collected from our network of more than 100 groundwater monitoring bores work.”

The company also said that they would meet the requirements that the environment needs and would do everything to protect it.

According to a report by mining-technology.com, in the response to Adani’s claims, Australian Conservation Foundation senior campaigner Christian Slattery said, “Over its life, Adani’s mine will drain up to 270 billion liters from Central Queensland’s precious groundwater aquifers. Independent scientists and federal government agencies such as the CSIRO have identified fundamental flaws in Adani’s groundwater modeling, including the use of highly selective data that differs from on-site testing. One effect of Adani’s deliberately misleading groundwater modeling is to downplay likely drawdown at the culturally and ecologically significant Doongmabulla Springs. As it stands, even a drawdown of 20 cm – as permitted by Adani’s incredibly weak environmental conditions – could cause the complete loss of the Springs.”

The mining company claims that protestors overestimate carbon dioxide emissions from Carmichael. According to the estimations of the conglomerate, the emissions created by burning coal overseas would be less than 0.04% of global emissions. They also state that not using Carmichael coal would result in the circulation of lower quality coal, which when burned would do more damage to the environment. Although the project was scaled back due to several issues regarding the environment, numerous environmental groups including Greenpeace and the Climate Council remain opposed to the mine.

Slattery responded to Adani’s claims by saying, “Adani has the approval to build a 60 million tonne per annum thermal coal mine. This would be the largest in Australia and one of the biggest in the world. It would also facilitate other coal mines in the Galilee Basin, which is one of the largest proposed expansions of mining on the planet. As the world’s climate scientists have repeatedly emphasized, the only way to slow global warming and protect places like the Great Barrier Reef is to stop digging up and burning dirty fuels like coal, oil, and gas. Adani’s suggestion that its mine would be a net positive for the environment demonstrates yet again the company’s pathetic and dishonest attempts to mislead the public.”

Back in 2014, Adani Mining CEO, Jeyakumar Janakaraj, said that starting the operation of the mine would result in the creation of more than 10,000 jobs. Former Australian Prime Minister Tony Abbott said this would help in the economic condition of the country. However, anti-Carmichael protestors claim the figure to be disputed and accused Adani Mining of providing misleading information about the project. In 2019, it was estimated the number of ongoing, operational jobs at Carmichael would be somewhere between 800 and 1,500.

The project, which was initially estimated to be an AUD16.5 billion ($11.5 billion) development was scaled down to AUD 2 billion ($ 1.3 billion) in 2018 as 30 financial institutions have refused to finance the project. Back in 2015, LG also announced that they would not proceed with a contract to buy coal from the mine. Most of the coal would be purchased by Adani in India.

#StopAdani has been growing as environment conscious Australians add in to stop the coal mine from starting operations. They have even created a website to provide people with knowledge about the harm that the mine would do to the environment. They managed to push out several investors of the project. The #StopAdani campaign has taken credit for convincing more than 65 companies to pull support for the project, including global banks, insurers, and long-time Adani contractor, engineering firm GHD.

Now the protestors target SBI to block the Rs. 5000 crore loan. French giant Amundi who are major investors in SBI has warned that they will disinvest from the public lender if they grant the loan to Adani.

Amundi’s Jean Jacques Barberis, director of the institutional and corporate clients division & ESG said to Reuters, “We consider SBI should not finance this project. It’s their decision, ultimately, but we’ve been extremely clear on the fact that, if they decide to do it, we would immediately disinvest.”

He added, “We have engaged SBI, asking them not to participate (in the loan)… and now we are waiting for their answers.” 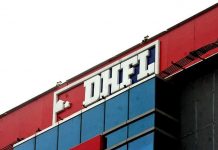 DHFL Goes Up On Sale, Adani Group And Piramal Among Bidders